Launch Party for "The Music of the Soul Lives On" Takes Place May 7 in Madison, WI 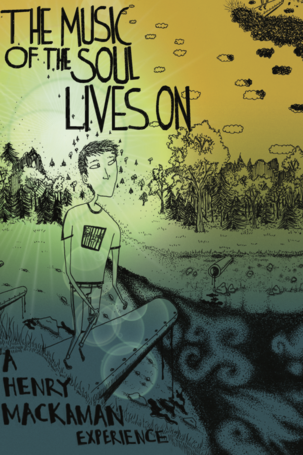 A book that was a labor of love for a family grieving the loss of a beloved young man has received some national recognition. The Music of the Soul Lives On: A Henry Mackaman Experience, which immortalizes the life of Henry Mackaman, has been named a finalist in the anthology category of the INDIE Book of the Year Awards, sponsored by Foreword Reviews. The book has also been named a finalist in the interior design category of the Midwest Book Awards, sponsored by the Midwest Independent Book Publishing Association (MIPA).
Henry Mackaman was a St. Paul Central High School graduate, who died in April 2013 after contracting bacterial meningitis, a rare, but often deadly disease, at college. Henry was a third year student at the University of Wisconsin – Madison and was pursuing a double major in Economics and English. One month after his death at their commencement ceremony, the University awarded him a posthumous degree, waiving the one credit he was short.       The official launch party for Henry's book took place on May 7 at  the Best Western Inn Towner Plus in Madison.  Learn more about the book at www.henrymackaman.com.