Team Stripes Participates in Walk for Animals for the 3rd Year in a Row - Sat., May 5 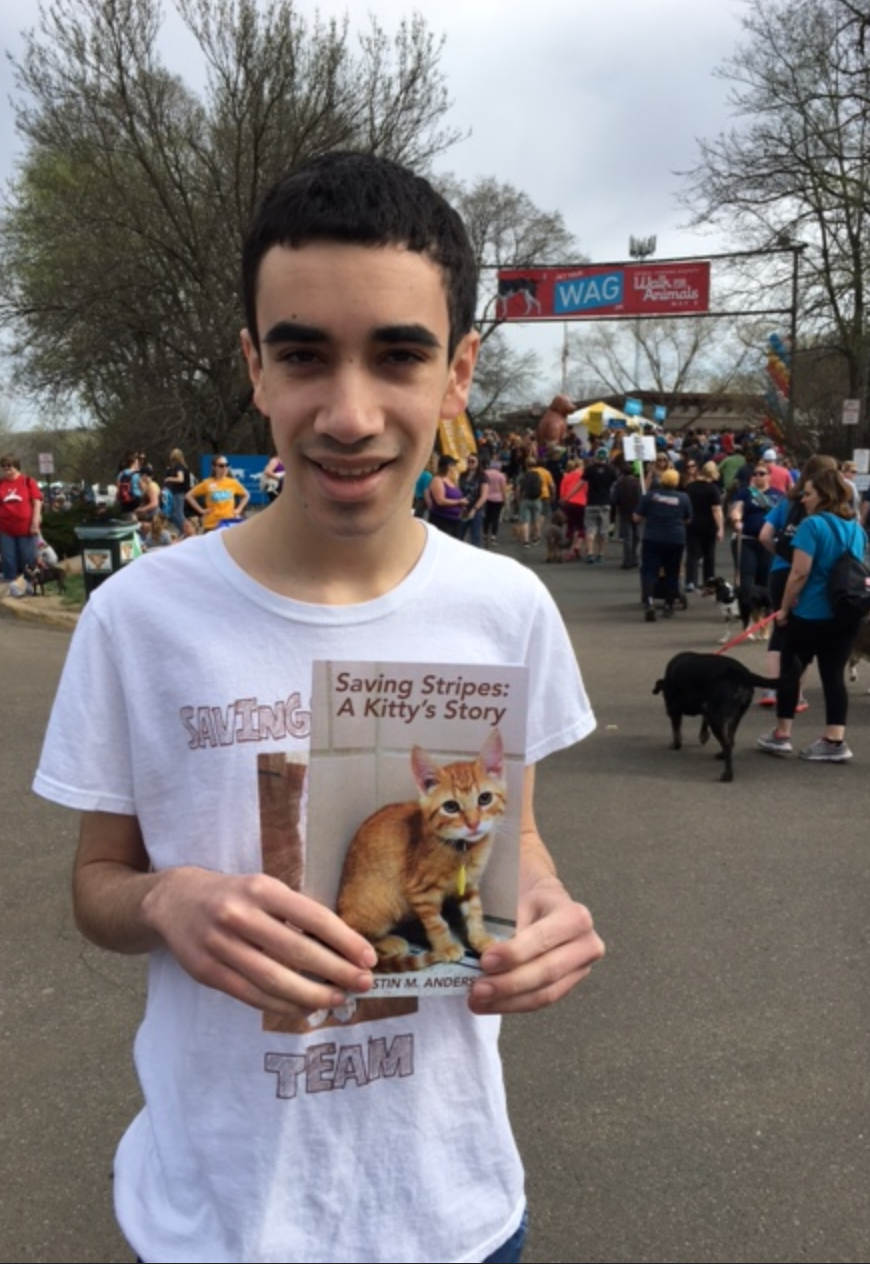 Team Stripes participated in the Animal Humane Society's annual "Walk for Animals" fundraiser for the 3rd year in a row on Sat. May 5. We walked to raise awareness about the need to make the world a better place for animals, and funding for The Golden Valley Animal Humane Society, which played a key role in the rescue of Stripes and her family.

In July 2014, teen author Justin M. Anderson found Stripes, her mom and two siblings in his neighborhood park in Minnetonka, Minn. Neighbors helped him catch all four cats, then he and his parents took them to the Animal Humane Society. The kittens were quickly adopted, and Justin got to keep Stripes.

The story of the rescue is told from Stripes' point of view in Justin's debut book, Saving Stripes: A Kitty's Story, which can be purchased online here. The book sells for $10 with 100 percent of the proceeds being donated to S.O.S. Rescue Relief, Inc., of Plymouth, Minn., the nonprofit that runs The Adopt-A-Pet Shop. Volunteers there rehabilitated the mother cat, and got her adopted out as well after she was deemed unadoptable by the Animal Humane Society.