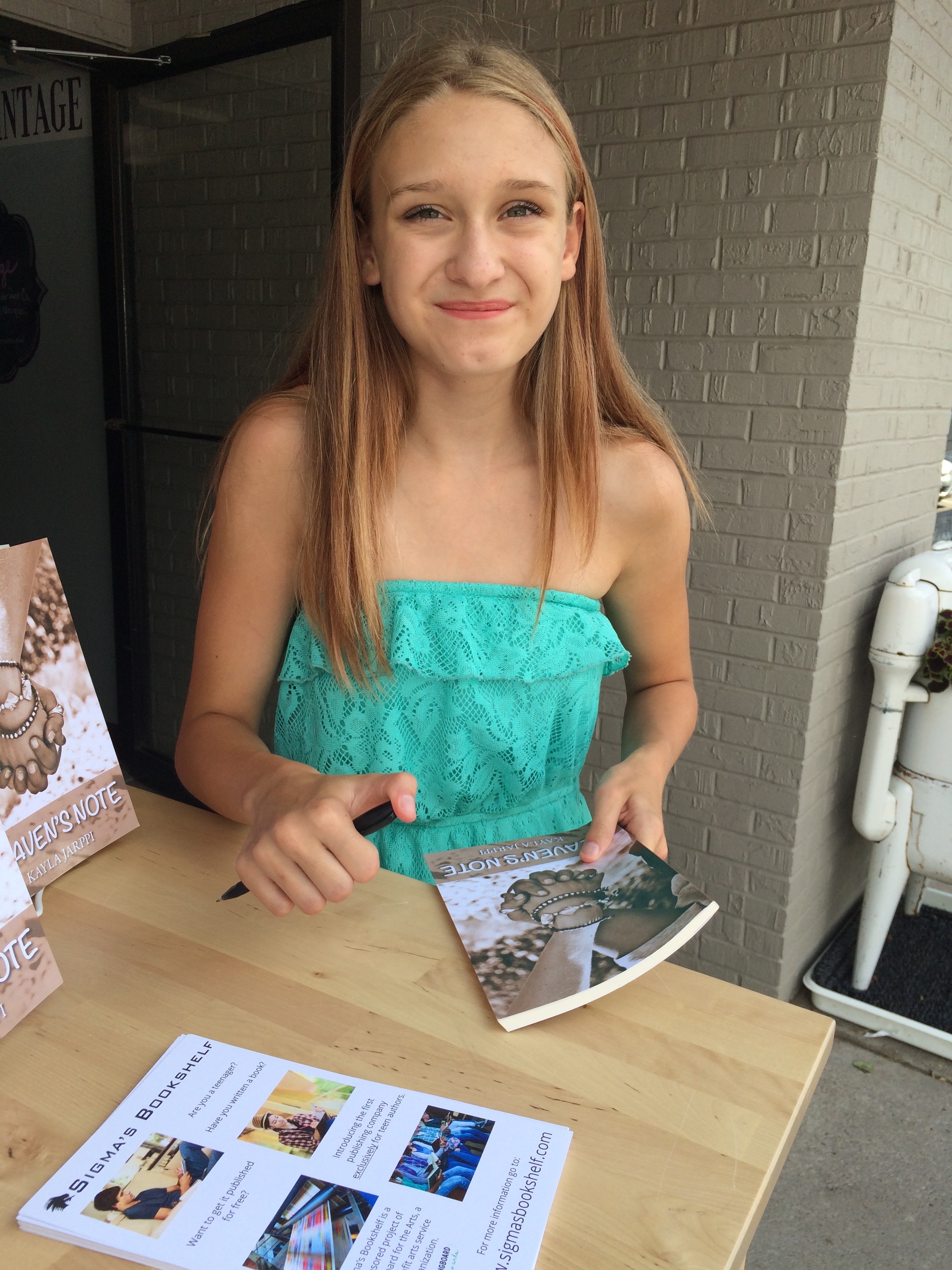 Not too long ago, now 14-year-old Kayla Jarppi of Hudson was struggling with depression and anxiety. As part of her therapy, her counselor encouraged her to write. The thoughts she put down on paper eventually turned into a novel about a young girl dealing with mental illness and struggles of her own that was so well written, it has now been published.

Heaven's Note is the story of a a young girl who is abused at home and tries to cover it up to protect her parents, particularly her mother who is also abused. When her mother is murdered, and her stepfather put in jail for the crime he allegedly committed, the protagonist is sent off to a group home where her troubles continue. She eventually decides to run away, and learns the hard way that running from your problems is no way to solve them.
The book officially launched on July 21 at Chapter 2 Books in Hudson, Wisc.  Thank you to store owners Brian and Sue Rogge for hosting the event. A preview story was published in the Hudson Star Observer.
Learn more about this title, and other teen authored books, at www.SigmasBookshelf.com/Books.