Story About "Letters from Elvis" Published in Globe Magazine 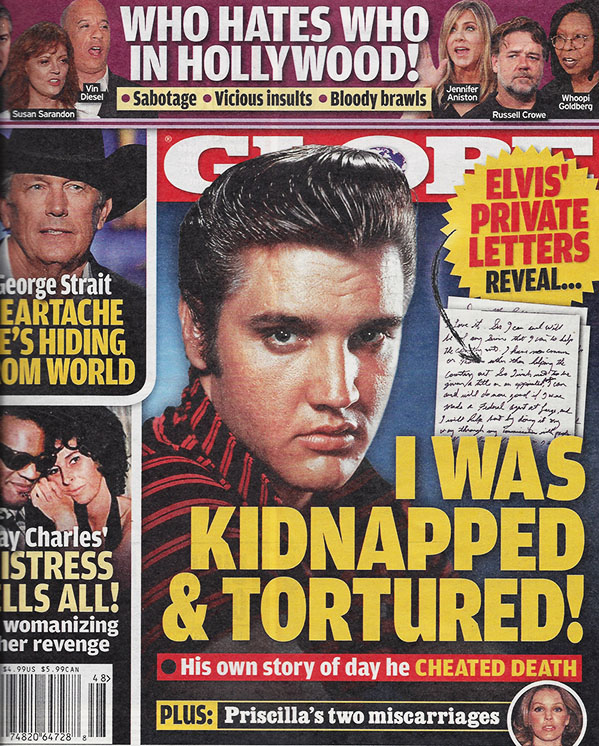 Elvis Presley is back in the news in a big way! On Nov. 16, President Trump awarded him the highest honor a president can bestow on a civilian — the Medal of Freedom — saying, "Presley defined American culture to billions of adoring fans around the world."
And starting to hit newsstands now, The King is featured in the Nov. 26 edition of The Globe, this time because of the letters he wrote to a secret confidante before his death in 1977. The article is about the contents of the book, Letters from Elvis, just released at the beginning of November and its author, Gary Lindberg, who makes his home in the Twin Cities.

Lindberg signed copies of his new book at the Barnes and Noble at the Apache Mall in Rochester, Minn., on Nov. 17, and two media outlets covered the event: KAAL Television and the Rochester Post Bulletin newspaper. At the event, Lindberg shared the story of how the book came to be, did a reading, and also signed copies.
Letters from Elvis is based on the contents of a collection of letters Elvis Presley and his friends—Harry Belafonte, Tom Jones and Marlon Brando—wrote to their secret confidant Carmen Montez. The letters shed light on what was happening at a time in Elvis’ life when he seemed to be in a tragic decline. They discuss torture, heinous Hollywood crimes, various suicide attempts, his overmedication and more.
Copies are available now at www.calumeteditions.com/elvis.