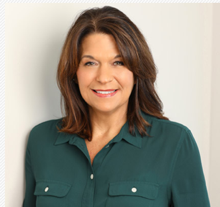 There is a story in this week's Eden Prairie News about COR Retreat's  new program director,  Nancy Kaley, who resides in Eden Prairie, Minn.
Kaley is a recovering food addict who found the road to recovery after attending the five-day, four night retreat in 2014.   COR Retreat teaches a way to live free from the obsession with food and the excess weight it causes. It is a proven 12-step method to stop overeating, and provides a path to a healthy lifestyle.
“What COR Retreat offers is like treatment, and I needed treatment, the very thing I was doing for other people,” said Kaley, who at the time she attended the retreat has been working as a Licensed Alcohol and Drug Counselor for nearly 20 years. “I needed to stop my life, take time off from work, go somewhere away from my day to day life, learn, detox, and talk about the steps in a new way.”

Kaley has remained abstinent for more than four years, and when the opportunity came along to become COR Retreat’s Program Director in early 2019, she jumped at the chance. She now leads COR Retreat’s monthly retreats at the McIver Center, which is on the grounds of The Retreat in Wayzata, Minn. However, COR Retreat is not affiliated with the programs offered by The Retreat. COR Retreat is also not affiliated with and does not represent Overeater's Anonymous, Inc. or any other recovery program.

Since its founding in 2011, COR Retreat has served about 1,000 people. The company was started up by Twin Cities entrepreneur Burt Nordstrand, who is credited with introducing self-service gas stations to the Upper Midwest. He built his successful business, SSG Corporation, from virtually nothing.

Nordstrand also authored the award-winning memoir, Living with the Enemy: An Exploration of Addiction and Recovery. Originally released in 2010, a special anniversary edition, which includes the story of how COR Retreat came to be, was published in 2019.  Learn more about the book at LivingwiththeEnemy.net.
The next COR Retreat will take place from June 12 - 16, 2019. Learn more at CORMN.org.