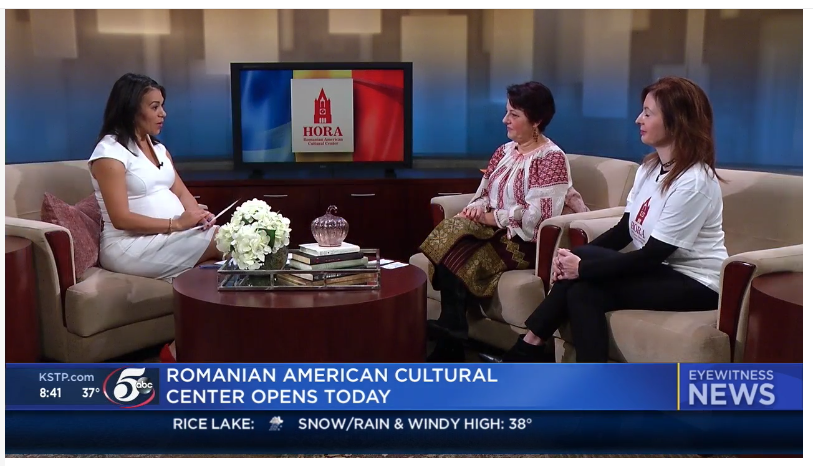 The Twin Cities' Romanian American community celebrates the grand opening of  its brand new headquarters location this weekend.     The celebration kicked off with an interview on KSTP Television the morning Oct. 13, followed by an open house from Noon to 5 p.m. There is also a preview story in the Sunday issue of the Pioneer Press newspaper.

The open house will feature a tour of the building and a photography exhibit featuring photos from Queen Marie of Romania’s 1926 tour of the United States. Romania’s last queen is known for her beauty, intelligence, courage and compassion. A beloved ambassador of Romania’s traditional art and history, in 1926, she attracted large crowds while in New York, Washington State as well as St Paul.  The HORA Romanian American Cultural Center is located on the third floor of the Landmark Center in St. Paul in Room #319. HORA is short for the Heritage Organization of Romanian.

“Our goal for the Cultural Center is to offer the Romanian American community in Minnesota a place to gather, educate and share our Romanian traditions, culture, history and language with the local community. While Romanians have settled in the Twin Cities area since early 1900s, this is our first cultural center in Minnesota,” said Gina Popa, President HORA.

Founded in 2009, HORA is a non-profit organization with a passion to enrich Minnesota’s diverse cultural landscape by preserving and sharing the valuable heritage of the Romanian American community.