Stories about The Waters Senior Living aired on television news programs in both Minneapolis and Rochester, Minn. on Jan. 29.
RMA Publicity secured coverage from both KARE TV (NBC) and KSTP TV (ABC) when members of the Winter Carnival's Royal Family showed up at The Waters of White Bear Lake to knight eight residents as honorary members.

The same day in Rochester,  KIMT TV (CBS) and KAAL TV (ABC) covered an active living event in which "A Parrot Experience" from The Twin Cities brought five birds to The Waters on Mayowood to mingle with residents and pose for pictures.

Learn more about The Waters communities, where residents and their families are inspired to thrive at TheWaters.com. 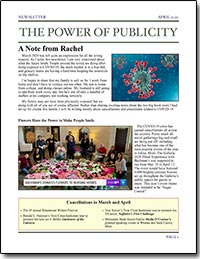