Since the release of  her novel, Evidence of V: A Novel in Fragments, Facts and Fictions, in late 2019, Hamline University Professor Sheila O'Connor has been traveling the state of Minnesota sharing her story focused on a little-known piece of Minnesota women’s history.
However, due to the COVID-19 outbreak, her planned appearances in Winona and Sauk Centre are now on hold.
So, rather than previewing her presentation at the Eagle's Healing Nest (former Homeschool for Girls) as well as the River of Life Church on Mar. 21; at Winona State University on Mar. 23 and 24;  and on Mar. 25 lead he Winona County History Center's Book Chat this story published in the Mar. 20 edition of the Winona Post focuses on the content of the book only. An interview done on  KROC-Radio (Mar. 4) did preview the now cancelled events.
Evidence of V sheds light on the fact that In the early part of the 20th century, there was a practice throughout the state of Minnesota, of sending girls who were considered "immoral or incorrigible" to the Minnesota Home for Girls in Sauk Centre. The home was established in 1907 as the State Industrial School for Girls, to provide for the care, training, and education of girls who had been committed by the courts.  It was open until 1999. After learning that her own grandmother had been sentenced to the institution for six years as a pregnant fifteen-year-old, and that her mother had been born there, O’Connor began extensive research to uncover the buried truth about the institution and its treatment of girls.  What she was able to learn served as inspiration for Evidence of V: A Novel in Fragments, Facts and Fictions, which is a finalist for a Minnesota Book Award.
A story in the Red Wing Republican Eagle. on Feb. 26 previewed O'Connor's Feb. 29 appearance at the Red Wing Public Library.
Learn more about Sheila O'Connor's work on her author website, Sheilaoconnor.com. 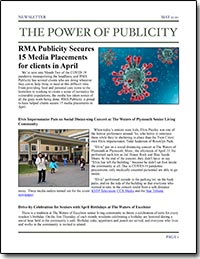