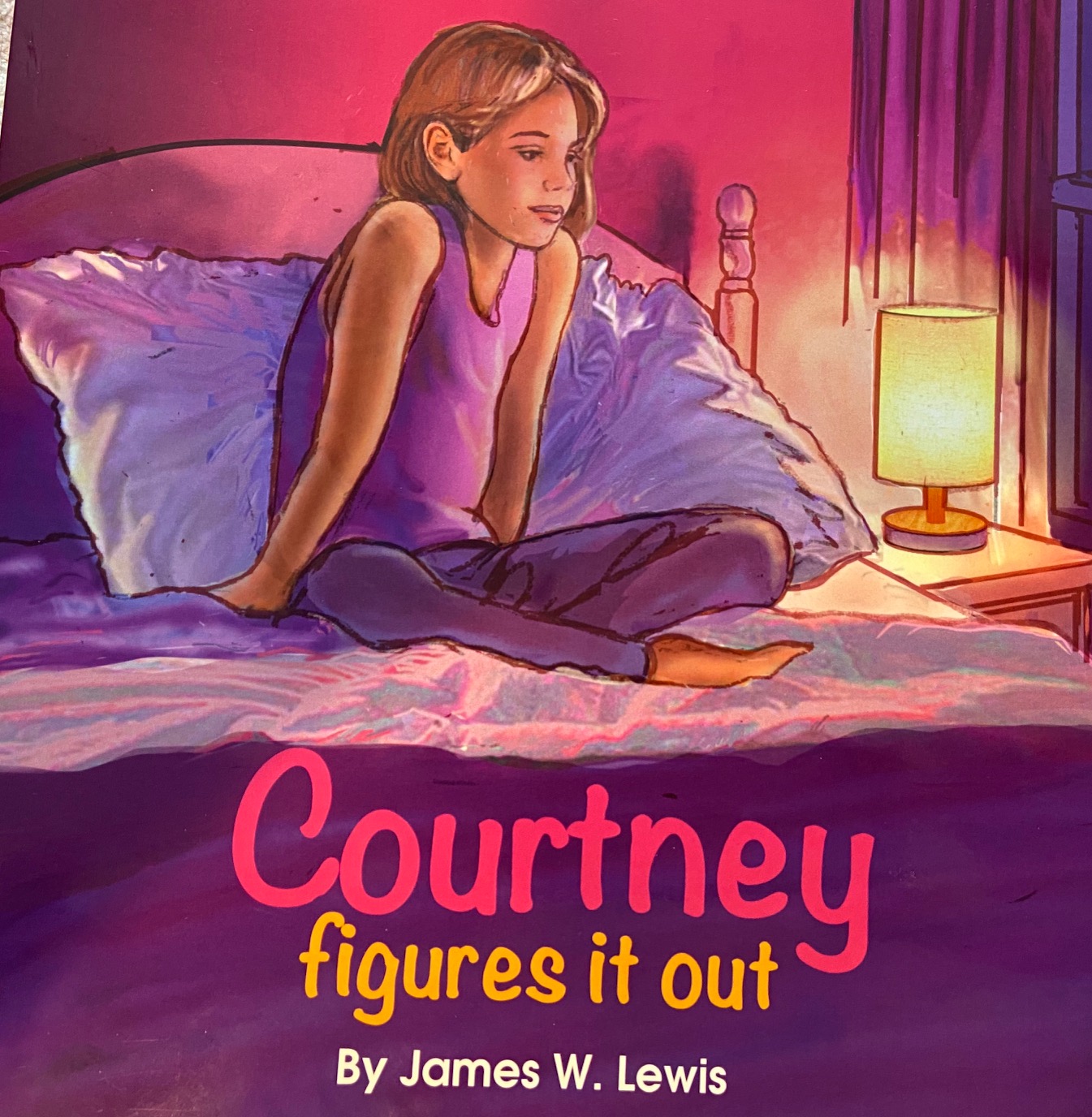 One of Lakeville residents James and Sharon Lewis’ greatest joys in life is spending time with their youngest grandchild, Courtney, who lives in Colorado. James says the 9-year-old is extremely creative, and when he decided to make good on a promise he had made to himself decades earlier to write a children’s book about the Great Blue Heron that used to come up on his uncle’s lawn in Florida when he was a kid, he turned to Courtney for help framing the story.

Courtney Figures it Out, which was just released in April 2020, begins with Courtney in bed, thinking about the problems she will likely face the next day when she brings her best friend, Aaron the Heron, to school. Throughout the story, she faces one challenge after another related to the bird, but stops to think, and figures out what to do.  The story was partially inspired by the fact that Courtney lives with Attention-deficit-hyperactivity disorder (ADHD), and has learned to cope by going to a Plan B when things aren’t going her way. ADHD is a chronic condition that often begins in childhood and can persist into adulthood. Approximately 129 million children live with the condition worldwide.

The story RMA Publicity wrote about the project, Lakeville Couple Help Granddaughter Write Book, was published in Sun This Week newspaper's Lakevlle edition in May.