Pastor Shane Allen Burton of Hudson, Wisc., received some discouraging news recently. He has been diagnosed with terminal cancer; but he's not letting that prevent him from pursuing an important mission. He wants people everywhere to "Live life in ALL CAPS!"

That message is loud and clear in many of the stories in his latest book, More Untamed Devotions, which was recently published by Radiant Heart Press, an imprint of Henschel HAUS Publishing of Milwaukee, Wisc.  There is a story about the book in the June 11 edition of the Anoka County Herald Tribune newspaper in Minnesota. BUrton founded Lifelines, A New United Methodist Faith Community in Andover in 1998 to 2001, later working at Fridley Covenant Church from 2012-2013.

The Chicago's Daily Herald, which covers ones of the other communities Pastor Burton has served over the years, has also published a story. Burton is the former associate pastor at Church of the Incarnation in Arlington Heights, Ill., 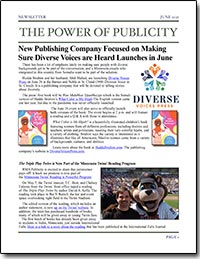