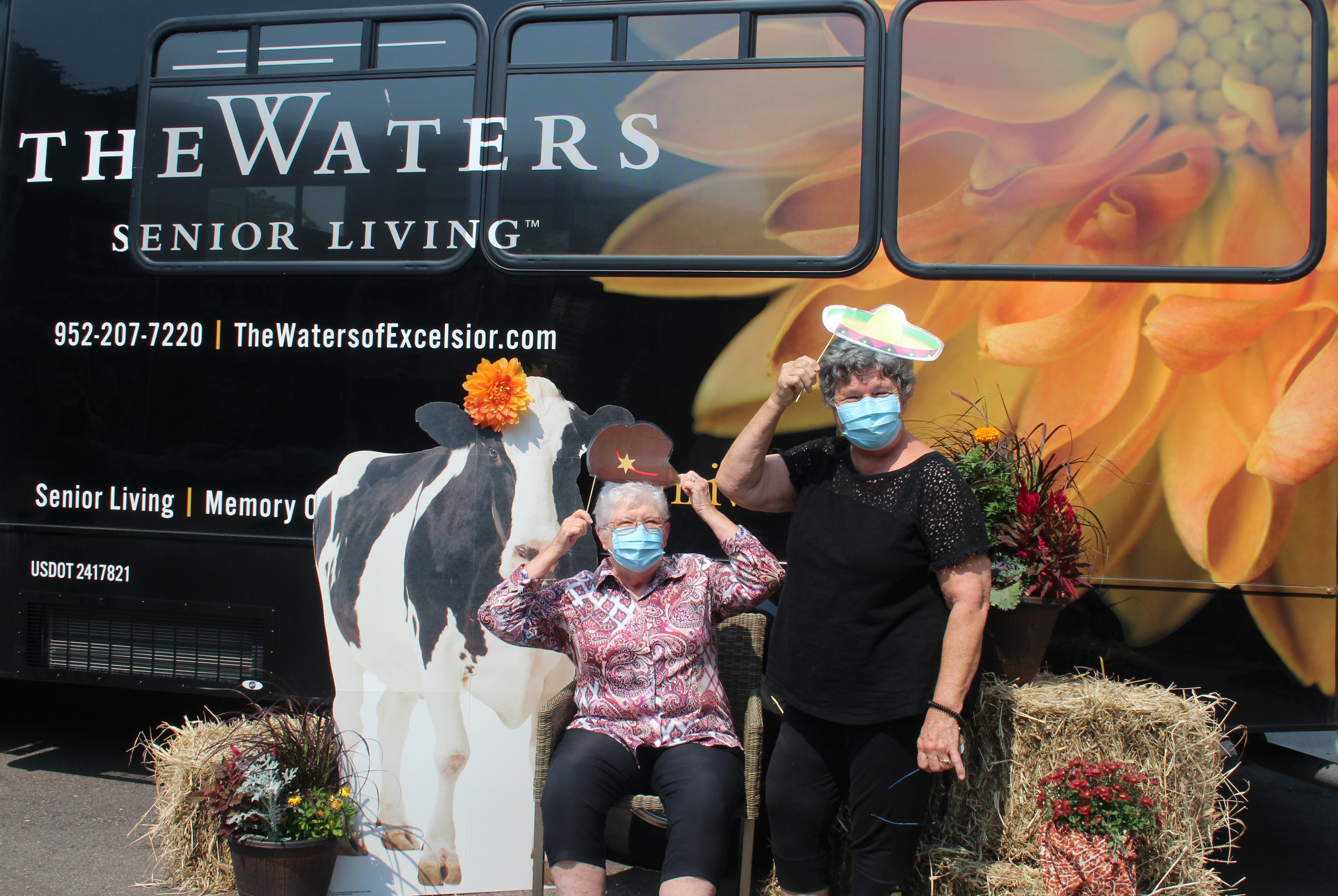 The 2020 Minnesota State Fair may be canceled, but residents of a senior living community in Excelsior won’t have to go without their favorite fair games and foods this year.

Staff at The Waters of Excelsior in the Twin Cities hosted a mini State Fair for residents on Wed., Aug. 26, 2020. The community’s parking lot was transformed into a mini version of the Great Minnesota Get Together. There was food, games, a photo op with a “cow” cardboard cutout and hay bales, and even a few classic cars from the 1950s on display. Plus, lots of excitement generated by the overwhelming coverage from the local media. KARE, WCCO and KSTP television covered the event. So did the Star Tribune newspaper.

“The State Fair is one of the most popular excursions residents go on every year, and many people were disappointed when they learned it had been canceled. I am so glad we can keep the excitement alive in some fashion by hosting a mini fair on site,” said Lori Nugent, Active Life Manager at The Waters of Excelsior.

To learn more about The Waters, where residents thrive, go to www.TheWaters.com.