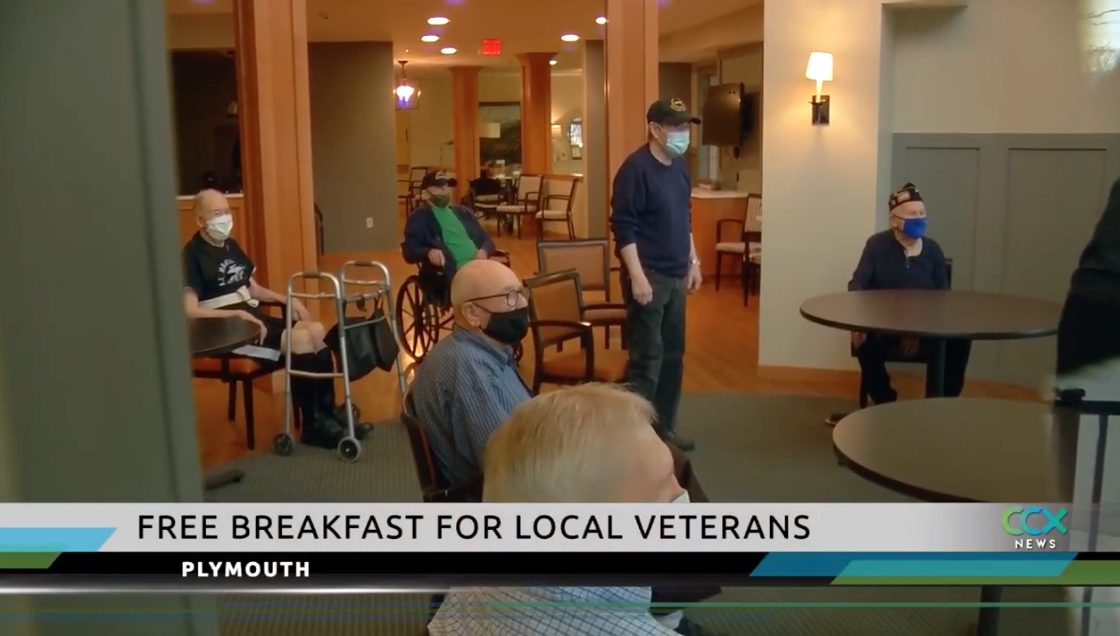 More media coverage for The Waters Senior Living . The Star Tribune, KSTP (ABC) and CCX Media all covered the special Veterans Day breakfast at The Waters of Plymouth, courtesy of the City of Plymouth, on Nov. 10.

In past years, the City has honored its Veterans by inviting them to attend a free breakfast at the community center. However, this year due to an abundance of caution because of the pandemic, City workers have decided to bring breakfast to as many Veterans who live in the City as possible.

Each of the 18 veterans who live at The Waters of Plymouth are being treated to breakfast sandwiches, fruit, yogurt, and special gifts and notes from the community thanking them for their service. Among those being honored are:

Ray Lundquist, 92, who was a Marine stationed in Camp Pendelton for 3 years.

Robert Weinzierl, 90, who served in the Navy in Puerto Rico and Cuba for 4 years during the Korean War.

Mike Flugstad, Environmental Services Manager at The Waters, who served in the Army for three years in the 1970s.