Jamie Stoudt's "Back Again" Officially Launches with a Signing in Ft. Myers Beach, FL on Jan. 28 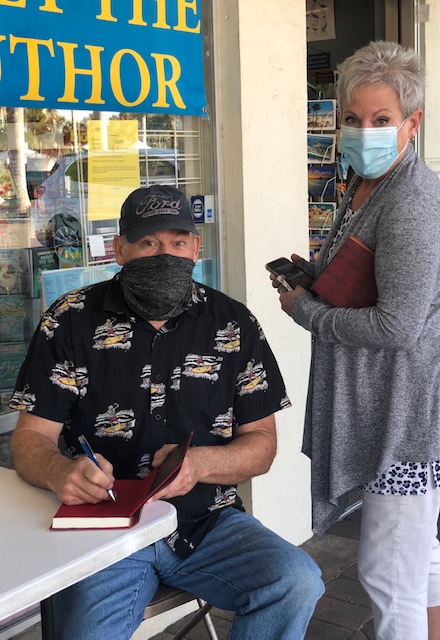 How would you react if all of a sudden someone whose funeral you had attended were to come back from the dead? It may sound far fetched, but that’s exactly that happens to Michel Halstadt, the main character in the debut novel by Jamie Stoudt. Back Again officially launched in late January with a signing event at Annette’s Book Nook in Ft. Myers Beach, Florida.
The story begins outside Michael’s workplace where Wendy is waiting for him as if nothing has happened. All kinds of things go through Michael’s head, but he decides to accept Wendy’s return and bring her back home anyway; and then the adventure begins. “Turns out she has some unfinished business on Planet Earth,” says Stoudt, who goes on to explain his character has some lofty goals. “She wants to achieve things people have been trying to do for years, but been unsuccessful at.”

The Midwest Book Review for the novel just came in and reviewer D. Donvan says, "Jamie Stoudt's debut novel Back Again holds many surprises; not the least of which is its powerful, well-organized plot and voice. Debut novels can either make or break a writer. This one's a clear winner from the start:..Perhaps his finest achievement in writing this story is how one individual's miraculous appearance and revised attitude slowly begins to change the world around her."
RMA Publicity secured preview stories about the launch event in the Ft. Myers News Press and Breeze newspapers. Learn more about Jamie Stoudt’s work at JamieStoudtBooks.com.  Pick up a copy of the book on Amazon now.