Bud's Jacket Authors Interviewed on KFAI-AM's "Write On Radio!" the Evening of Feb. 22 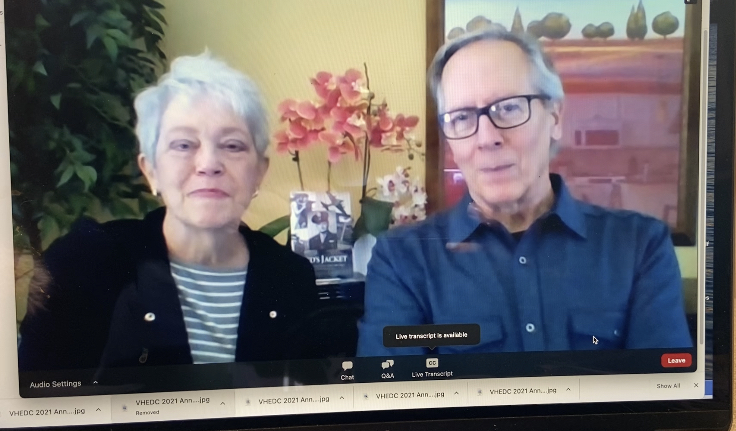 Barbara and Jim Wojcik, authors of the World War II survival story, Bud's Jacket, were interviewed on KFAI-AM's "WriteOn Radio," which airs in Minneapolis, the evening of February 22.  Bud's Jacket  is the story of Bud's six-month fight for survival after being shot down over Nazi-occupied France during World War II. Bud was Barbara's uncle, and she uncovered his story with the help of memorabilia he left behind.

In January, the Wojciks led the Lunch & Learn event for the Illinois Holocaust Museum & Education Center. Learn more about the book, or pick up your copy today at Budsjacket.com.