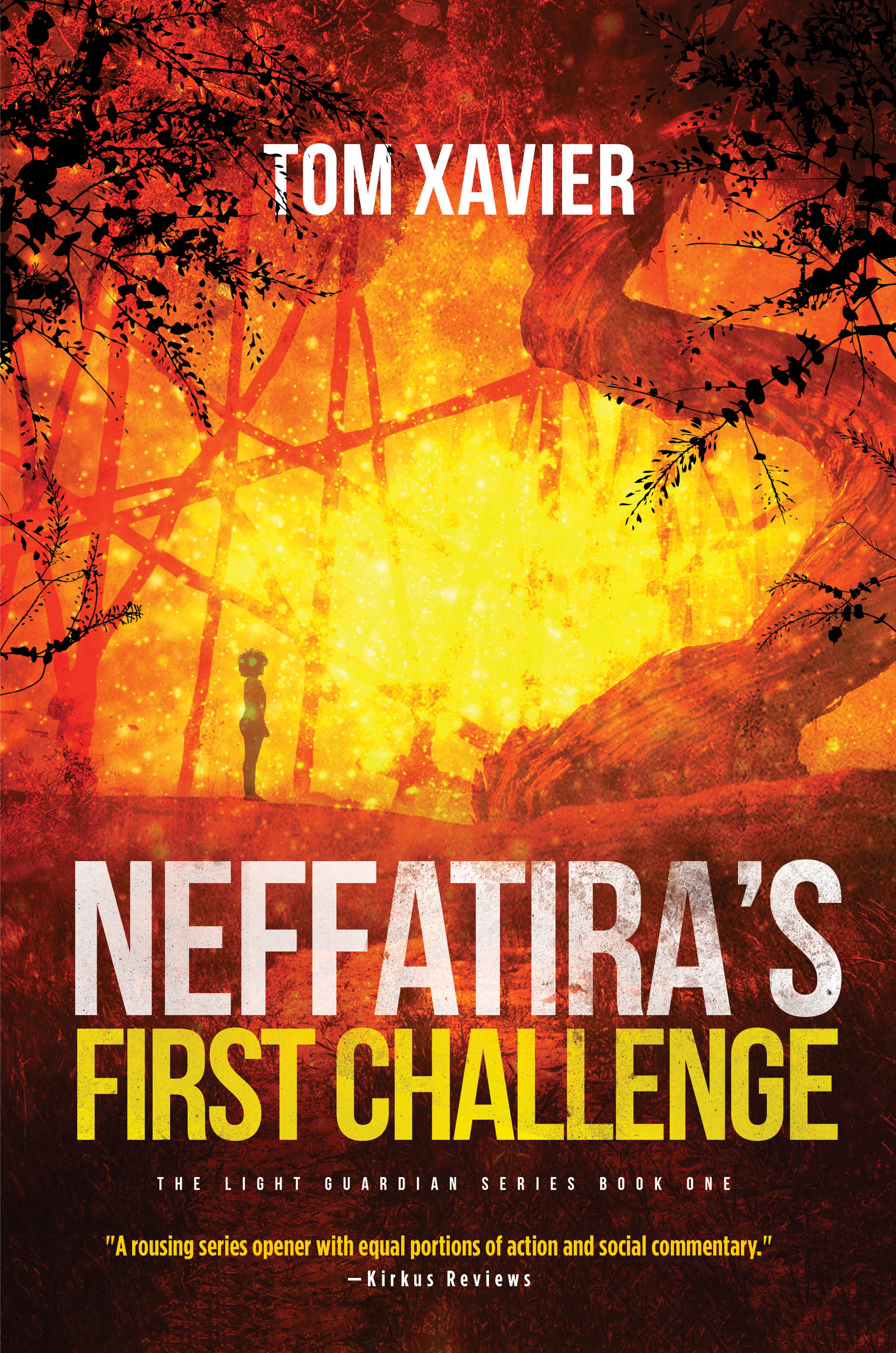 (St. Paul) – Neffie has always known she is different. Born to a Caucasian mother and a father she thought was African, she never felt like she belonged in Northeast Iowa.

“She hasn’t learned yet that the things making her an oddball are simply aspects of a different culture,” says Tom Xavier of St. Paul, who goes on to explain that the main character in his latest novel is actually from a different world. “A way different world,” he laughs.

Neffatira’s First Challenge,  released in Dec. 2019 by Koehler Books of Hampton, Virginia, is the story of 14-year old Neffie McCormick Anderson. Like other kids her age, the teenager struggles to fit in. Unlike her peers, however, she has the ability to flash instantly to and from a faraway planet.

Neffatira’s First Challenge is a coming of age story and fantasy that Xavier says he was destined to write. “I have always been fascinated by other cultures.”

Xavier has traveled extensively, and since 1991 has run the nonprofit, Sounds of Hope. Each summer, his six-week-long overnight performing arts camp draws a select group of 75 children and young adults between the ages of ten and nineteen to Minnesota from countries in Europe, Asia, Africa, Latin America, the Middle East, and throughout the United States, to learn popular songs and dances from each other’s cultures. They then travel throughout Minnesota and surrounding states to perform and share their cultures through concerts of global songs and dance.

Since its founding in 1991, more than 600 young people, including the girl who inspired Neffatira’s First Challenge, have participated in the concert series. “When the real Neffie came to Songs of Hope, she was a 12-year-old girl of mixed race who was a little scared but also very excited to be in a place that was culturally diverse. There were actually people there who looked like her,” remembers Xavier, who adds that the idea of encountering new cultures and discovering things about other places is in his blood. “When I stepped out of my blue-collar neighborhood as a young man, I wanted to go everywhere and see everything.”

Also appealing to him was the challenge of writing a coming of age story based around his character’s encounters with a culture that seems foreign, but represents family roots. “Lots of young readers nowadays are living in new and unfamiliar places. I hope the story will inspire them to step outside their comfort zones, try new things, and think positively about the world,” says Xavier.

Tom Xavier calls a houseboat docked off St. Paul, Minnesota’s Harriet Island home, but he is a world traveler at heart. He studied archaeology in Italy and Greece and law in England.

For the past two decades, he has produced concerts for young musicians from countries around the world. The nonprofit program, Songs of Hope, has attracted students from 37 different countries to St. Paul for a 6-week-long overnight camp where they learn songs from cultures around the world, then perform at various venues throughout the state of Minnesota.

When he’s not busy working with Songs for Hope, Xavier draws on his experience working with young people to write stories filled with magic and adventure. He enjoys writing about boys and girls who travel to amazing places and learn much about life, and even more about themselves.

Xavier’s first book, Dark Curses, Faerie Dreams, published in 2017, won the Mom’s Choice Gold Seal and Royal Purple Dragonfly awards. It is the story of Duggan McDuggan, who at great risk, journeys to a magical world of good and bad faeries. His second novel, the coming of age story Neffatira’s First Challenge, was released in Dec. 2019.