How would you respond, if your carefully-crafted life situation spun wildly out of control? That’s exactly what’s happening to a lot of people right now. Between the War in Ukraine, and the aftermath of COVID, it seems everyone is on edge.

When St. Paul author Elliott Foster sat down to write his latest novel, Reckoning Waves, he had no idea how timely his story would be. Publisher Calumet Editions just released the book on March 1, 2022. It launched with a reading and discussion at the Saints and Sinners Literary Festival in New Orleans, Louisiana the weekend of March 25 – 27, 2022. Saints and Sinners is North America’s largest LGBTQ book festival.
Foster’s first local event in his hometown will be on Satuday, April 2nd at Lake Monster Brewing, located at 550 Vandalia Street in St. Paul. The event is open to the public, and Subtext Books of St. Paul will be handling the book sales at the event. More information can be found online at Calumeteditions/com.

The sequel to Panic River begins with protagonist Corey Flanagan reflecting upon how lucky he is to be living in sunny California and not a jail cell. Corey has been on the run and under the radar ever since that fateful day when he fired his father’s gun—a gun he wishes he had never held in his hands. Since fleeing the Upper Midwest four years earlier, Corey has changed virtually everything in his life—where he lives, how he creates art, his routines for work and play, and even his last name.

The only true constants are his best friend Billy, his mother Ginny, and frequent, troubling dreams about the shootings he ran from and for which Corey was never held to account.  Now living in California, Corey passionately paints landscapes in the style of Edward Hopper, while seeing his life and his surroundings more clearly and generating award-winning art. Another life change surprises Corey as well—an unexpected romance with a younger man, Miguel. Just as his new life takes shape, however, the past unexpectedly ensnares him.

For years, people have been complaining about the lack of diversity in literature, and now a movement is underway to rectify the problem. Twin Cities author Rob Jung and writer and activist Ellie Krug will discuss the work they are doing to be part of the solution during a virtual event hosted by the Dakota County Library on March 31, 2022, between 6:30 p.m. – 7:30 p.m.  A review of the book and a preview story about the event was published in the Pioneer Press newspaper on March 27, 2022.

At the event, Jung and Krug plan to discuss their collaboration, friendship, education, and how it turned into Jung’s newest book. “The Sower” is the story of a transgender private detective working on a case involving a five-year-old unsolved murder, a U.S. Senate candidate with a past to hide and an alleged art forgery that rocks the art world.

Krug is an attorney who transitioned from male to female in 2009, and since that time has been very vocal on issues involving equity and diversity. She is the recipient of numerous awards and recognition for her work, and additionally, writes for two Twin-Cities-based publications. She is a much sought-after speaker who has presented across North America more than 1,000 times

The date for their collaborative event is deliberate. March 31st is the International Transgender Day of Visibility. The annually recognized and celebrated event brings people together to inform them about what it means to be transgender and to drive home the importance of treating transgender people as equal members of society. Here is the registration link. 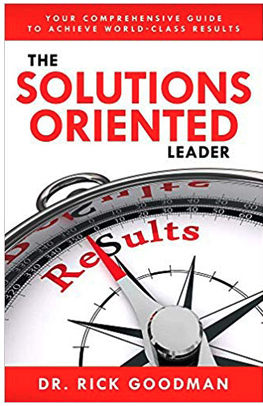 Ukraine President Volodymyr Zelensky has transformed a nation's perspective of his leadership skills by practicing transformational leadership just as Winston Churchill did during World War II. His ability to influence others to support his vision, while putting aside his personal safety and performing beyond the Call of Duty.

Even though these leaders served in different eras the parallels between these two leaders is unmistakable. Dr. Rick Goodman, Top Ten Leadership Global Guru 2022 and author of The Solutions Oriented Leader - Your Comprehensive Guide to Achieve World-Class Results  shared what transformational leaders must do to focus on solutions and not problems on the WAVM-AM Morning News in Roanoke, Virginia this morning. He discussed how solutions-oriented leaders assess and solve problems in a methodical fashion by inspiring others with their vision and leadership.

Signed copies of Rick's book are available online at RickGoodman.com. 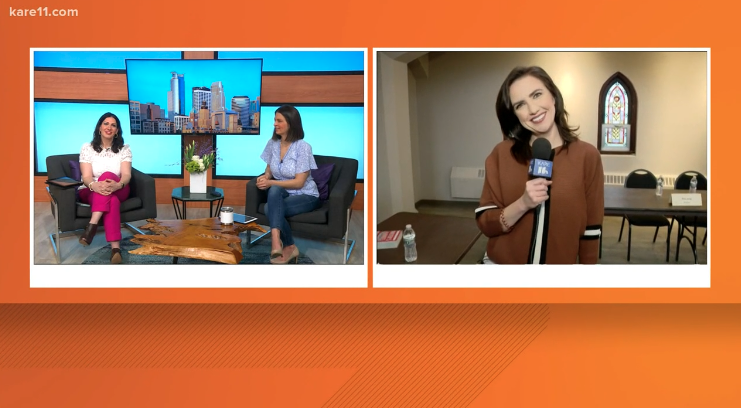 I'm happy to share that the attention RMA Publicity secured for the Rosemount Writers Festival and Book Fair paid off. People came from as far away as St. Cloud and Duluth after finding out about the festival on the KARE 11 Saturday Morning News.

The festival was featured three times during the 8 a.m. - 10 a.m. show, and I got to participate in one of the interviews. Reporter Jennifer Austin interviewed me and our latest teen author, Samantha Gibson, about my son's publishing company for teens, Sigma's Bookshelf.

Stories about the event were also placed in Sun This Week, Rosemount's community newspaper, The Pioneer Press, and on KSTP Television.

The 2022 event marked a return for the popular festival after a 2-year hiatus due to the pandemic. In addition to the all day book fair, there was a keynote speech given by Minnesota author Faith Sullivan, and workshops on writing and publishing held throughout the day. I led the workshop, "The Key to Maximizing Book Sales."