In this time of increased fatigue, loneliness and anxiety, disconnection from our bodies and from each other is at the core of our personal pain and collective suffering. Dr. Rachel Allyn, PhD, a holistic psychologist, relationship and sex therapist, and certified yoga instructor from Minneapolis, has written a book that is intended to be part of the solution.

The Pleasure Is All Yours: Reclaim Your Body’s Bliss and Reignite Your Passion for Life is a step-by-step guide to help readers release barriers to receiving life’s pleasures and deeper connections with others. The book, which has been published by Shambhala Publications and is being distributed by Penguin Random House, officially released on July 27, the same day Dr. Allyn appeared on KSTP Television's talk show, "Twin Cities Live" in Minneapolis.

More information is available on the author's website:  DrRachelAllyn.com.

Michelle Perdue, author, Rise and Shine: How to Live a Life of Resilience and Perform at Your Potential, appeared on WCCO's Midmorning Show on July 23.  She discussed what comes next as we emerge from the pandemic.

After so much time away from the office, some people don’t want to go back. Others want to go back, but not to the same roles they held before. There’s no denying that tough times are ahead. Perdue shared what it is going to take to make a smooth transition.

The interview, along with another story published in the MN Sun Post newsaper previewed the public launch event for the book at the ModernWell co-working space in Minneapolis on July 27th. CCX Media in the Twin Ciites covered the launch event itself.

Strusinski Appears on Almanac North on WDES-PBS in Duluth, MN

Bill Strusinski, author, Care Under Fire, appeared on Almanac North on WDSE-PBS in Duluth, Minnesota on July 9th. He talked about his award winning book, and shared the story behind it. Strusinski served as a medic on the front lines during the Vietnam War. (Bill's segment is about 19 minues into the program).

Also the week of July 9, a story about the book, which has recently won several national book awards, was published on the front page of Strusinski's hometown newspaper: The Country Messenger.

A new publishing company that is dedicated to making sure diverse voices are heard launches this week, and the media campaign to promote it is underway. RMA Publicity has secured stories about Diverse Voices Press in the Star Tribune (June 29),  St. Cloud Times (June 23) and in the Pioneer Press (June 20).

Diverse Voices Press officially launched on June 26 at the Barnes and Noble in St. Cloud, Minnesota. The company's first book is “Waa Midabkee Xijaabkaygu?” which is the Somali version of Hudda Ibrahim’s What Color is My Hijab. The English version came out last year, but due to the pandemic was never officially launched. The June 26 event served as the official launch event for both versions of the book, as well as the publishing company.

What Color is My Hijab? is a beautifully illustrated children’s book featuring women from all different professions, including doctors and teachers, artists and politicians, wearing their very colorful hijabs, and a variety of clothing. Ibrahim says the variety is intentional as it illustrates that like all Americans, Muslim women come from a variety of backgrounds, cultures, and abilities.

Learn more about the company, and how to submit a book for consideration at Diversevoicespress.com. 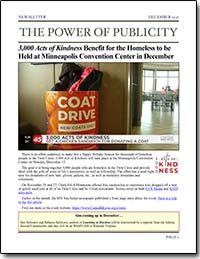