Authors of Gifts from the Dark Interviewed on WSHU Public Radio in Fairfield, Connecticut the Evening of March 11 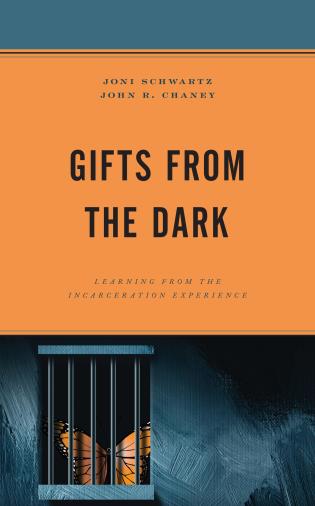 There have been several stories in the headlines lately about the need for real change in New York’s prisons. Some are calling for inmates serving long sentences for non-violent crimes to be released early due to not only to the threat to their lives from COVID, but because their original sentences were too harsh. Even Governor Kathy Hochul has acknowledged that some people in prison deserve a fair shot at proving they have been rehabilitated.

City University of New York – LaGuardia Professors John Chaney and Joni Schwartz Chaney agree with her 100 percent. They  shared their views on WSHU Public Radio in Fairfield, Connecticut on the show, The Full Story, the evening of March 11.  The Chaneys are co-authors of the book, Gifts from the Dark: Learning from the Incarceration Experience.

Bruce Ario, author, City Boy and a series of other novels featuring characters living with mental illness, has had a busy month.  He led a presentation about the benefits of occupational therapy for students studying the topic at St. Catherine University in St. Paul on March 2nd.

Ario says one of his favorite activities while spending time in a psych ward was shifting his focus to making something tangible. “When you have a mental illness, it’s like being trapped in a psychosis. Any escape you can get is welcome, and I really enjoyed getting to do something creative,” he said. While in the hospital, he recalls making a wallet and a set of moccasins.

Ario was diagnosed with schizophrenia back in the 1970s, a condition he developed after suffering a severe head injury in a car accident.

Then on March 9, Ario shared his story of recovery at Great River Energy in St. Paul. The topic of his discussion there was sensitizing people to mental health issues.  His latest novel is Changing Ways, which focuses on the relationship a Manhattan judge has with his daughter, who lives with a mental illness.

Learn more about his work at www.Bruceario.com. 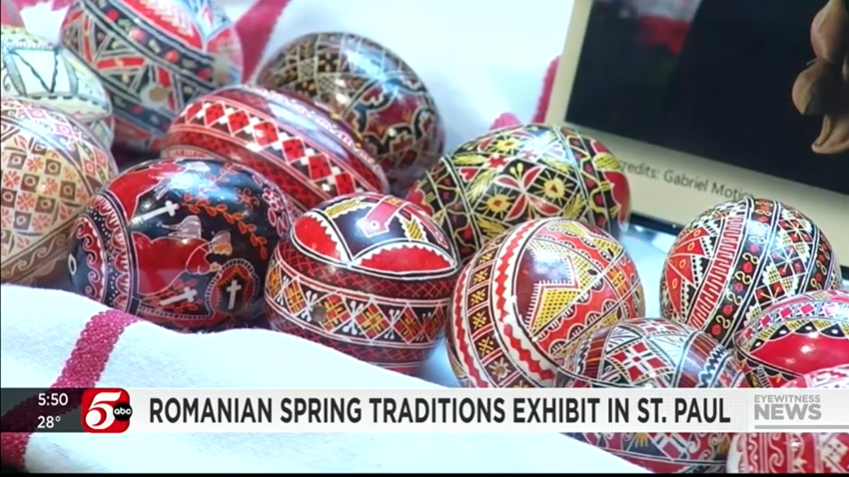 Opening day for the Heritage Organization of Romanian Americans in Minnesota or HORA's "Spring Traditions" exhibit at the Landmark Center in St. Paul was March 6, 2022, and KSTP television covered the event. It was also previewed in both Twin Cities newspapers. The Star Tribune published a mention in its weekend roundup on March 3rd, and The Pioneer Press published a nice preview story about the exhibit on February 27.

Event organizers aay the publicity paid off. More than 100 people turned out for the event. The month-long exhibit was introduced with an afternoon of music, dance and art on March 6. Learn more about the organziation at HORA-MN.org.

Keith Loveland, Author, "The End of the Empire" Appears on KFAI-AM's WriteOnRadio! the Evening of March 1

Keith Loveland, author, The End of the Empire, was interviewed on KFAI-AM's WriteOnRadio! in Minneapolis the evening of March 1. His novel, The End of the Empire, is a rich exploration of the changing values that have shaped our country since the Second World War, particularly what people love, whom they love, and how far they will go to find and protect that. The story takes readers from the suburbs of Minneapolis to the State Department in Washington, D.C., to the hardscrabble hills of Appalachia, down winding streets in Bulgaria, and into the mountains of Afghanistan.

Learn more about the book at KeithLovelandAuthor.com.