A Minnesota Public Radio interview with award-winning author Sheila O’Connor talking about her latest book aired on Nov. 15, 2019.
Evidence of V: A Novel in Fragments, Facts and Fictions is the story of a talented 15-year-old singer and nightclub entertainer who gets pregnant after falling in love with an older man. She is then sentenced to the Minnesota Home School for Girls in Sauk Centre where she is to receive “rehabilitation,” but she instead  endures injustices that will change the course of her life, and the lives of her descendants, forever.  O’Connor became particularly interested in what happened at the School after learning her maternal grandmother, a pregnant 15-year-old girl, had been among the inmates at the time of O’Connor’s mother’s birth.

Earlier this month, on Nov. 5,. O'Connor led a presentation at Zenith Bookstore in Duluth. The event was previewed on the WDIO-TV Morning News in Duluth; on Nov. 7, she presented at the North Shore Readers and Writers Festival in Grand Marais, Minn.  Sheila led the class: Infinite Possibilities: Point of View; and on Nov. 12, more than 100 people attended her Author Talk at the Hennepin County Library's Edina branch.
Her next public event will be a Fireside Chat at the Hennepin History Museum on Dec. 7 at 2 p.m.  Learn more about Sheila O'Connor's work at SheilaOConnor.com.

Former Honeywell Vice President of Technology  Ronald E. Peterson spent a weekend in early November selling copies of his debut sci-fi thriller, Gardeners of the Universe, at GalaxyCon Minneapolis . The festival celebrating pop culture took place from Nov. 8 - 10 at the Minneapolis Convention Center.
Gardeners of the Universe begins in the not too distant future with the births of three children destined to change the world. Rianne grows up to lead biological revolutions. Dan creates sentient computers and guides the direction of human evolution. Sarah, in an age of information dissonance, becomes the most trusted individual on Earth, and convinces the world that it must change. What sets the three apart from the rest of humanity are genetics and “gifts” that were no accident.

Lean more about the book at PTBBooks.com.

A lot of people are convinced that dogs know exactly what's going on around them, and if they could talk, boy would they have a lot to say. Well, the latest adventures of a Lina, a Toy Australian Shephard who has figured out how to commuicate with humans, thanks to help from her owner, are shared in a new book  launched at the Barnes and Noble Galleria in Edina, Minn.,on Nov, 9.

About 50 people attended the public launch event for Sit Stay Pray, in which the topsy-turvy life Lina first wrote about in Lina Unleashed, has only gotten crazier! There's the time Momma set the house on fire by mistake (presumably) and Lina almost got arrested during a photo shoot.

Proceeds from this laugh-out-loud funny book will be donated to two great causes: the Animal Humane Society, which cares for over 23,000 animals per year, and Helping Paws of Minnesota, which breeds, trains, and places assistance dogs to help the disabled, veterans, and first responders with PTSD. Learn more about the book on Lina's website: Linasdogblog.com.

More than 70 years have passed since they served their country, but their sacrifice will never be forgotten.  On Nov. 7, 18 veterans who now make their home at The Waters on 50th senior living community were honored for their service during the community’s Fall Ball, which was covered by KSTP Television, The Southwest Journal and the MN Sun Current.

Among them, three World War Two heroes who each received Quilts of Valor.  The honorees are Dr. Sheldon Mandel, who is now 97. He served from 1943 - 1949 in the U.S. Army as a 2nd Lieutenant in the Medical Services Corp., and did a tour of duty with a M.A.S.H. unit aboard the hospital ship U.S.S. Comfort.

And 95 year old Harold Lundeen received the Purple Heart for wounds suffered while in action in the Pacific Theatre. He served with the U.S. Army’s Company B 187th Parachute Glider Infantry 11th Airborne Division from 1944 - 1946.  A 4th resident who has previously received a Quilt of Valor also lives at the community. His name is Jim Kemp.

Quilts of Valor is a program started in 2003 by Delaware resident Catherine Roberts, whose son, Nate, had been deployed to Iraq. She felt a need to say “Thank you for your service, sacrifice and valor” to as many servicemen and women as she could.

After the ceremony, the celebration continued with a champagne reception, dinner and dancing to The Execs Big Band, a 17 piece orchestra. 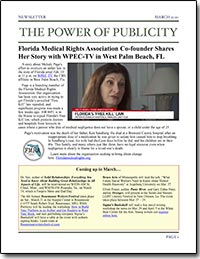