Author of "The Reason" Appears on WINK-TV in Ft. Myers, Fla.

Quentin Brent, author, The Reason: It's About More than Just the Money, appeared on Southwest Florida's WINK TV on Oct. 30. He was also interviewed on WCCF Radio that morning. The appearances previewed his signings at The Sanibel Island Bookshop (Oct. 31) and The Beach Book Nook on Ft. Myers Beach (Nov. 3).  Brent's book officially launched with a party at Open Book in Minneapolis on Oct. 26 that was attended by close to 100 people.

Learn more about the plot of The Reason in The Lakeshore Weekly newspaper story published on Oct. 20. Books are available for purchase at bookstores everywhere, or they can be purchased online at www.quentinbrent.com.

Nearly 100 people attended the book launch party for 90-year-old Bette Hammel's retrospective, Wild About Architecture, published by her friend Karen Melvin (smiling at the table). The party was held at Wayzata City Hall in Wayzata, Minn.

Hammel is the widow of famed Twin Cities architect Dick Hammel, founder of HGA, which is today one of Minnesota’s largest architecture firms. The book shares Hamel's love of architecture, and featutres images of some of her favorite images of buildings in her home state of Minnesota and behond.

Author of "Saving Stripes A KItty's Story" Appears on WCCO-TV in Minneapolis on Oct. 25 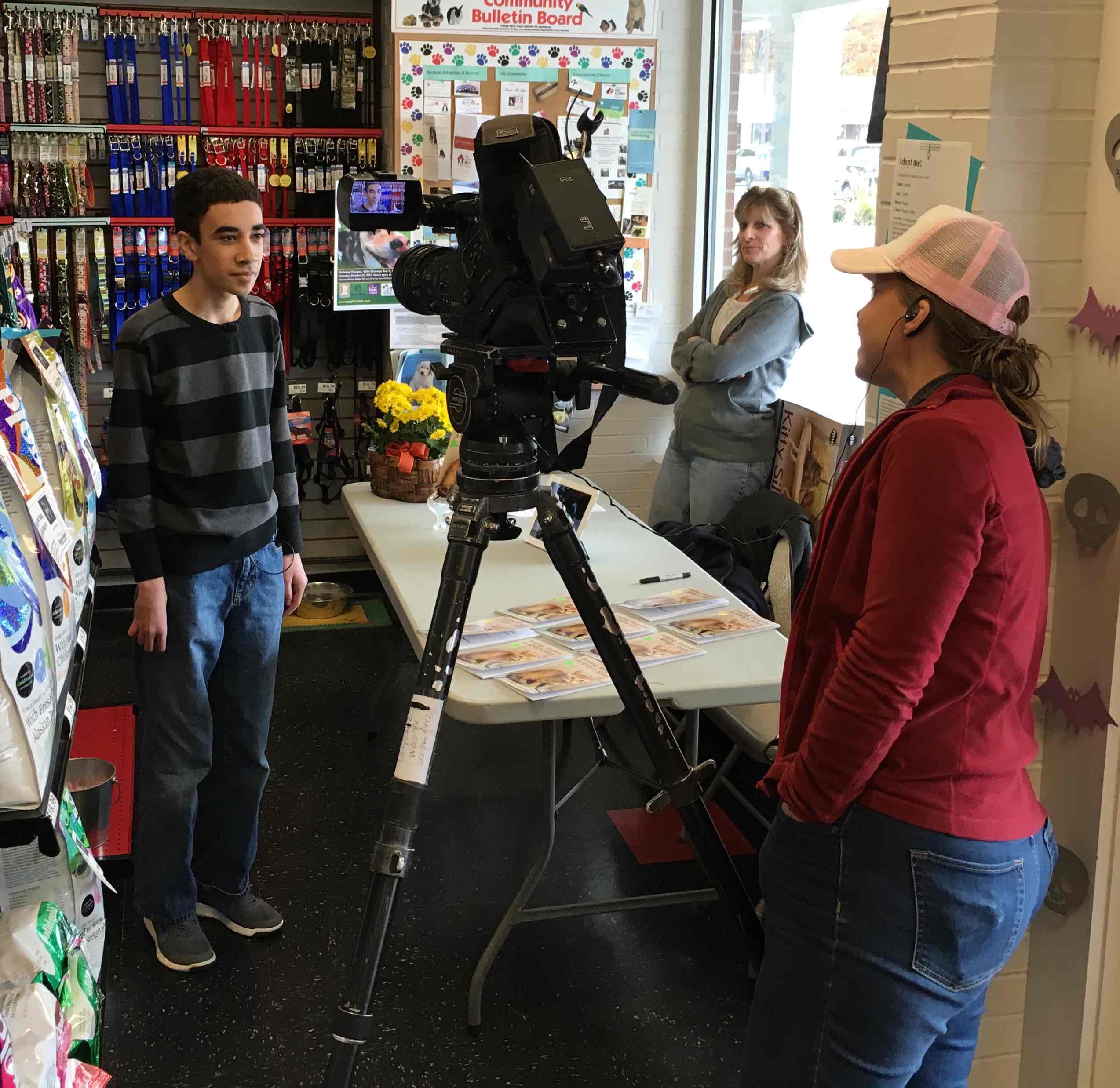 National Cat Day will be observed across the country on Oct. 29, but the celebration got started early at Chuck & Dons in Wayzata. On Oct. 25, the author of Saving Stripes: A Kitty’s Story appeared at the store to help kick off a week-long celebration. During the event, a crew from WCCO Television stopped by to interview Justin for a story that aired the next morning.

At the event, Wayzata High School freshman Justin M. Anderson, 14, of Minnetonka, signed copies of his book, and shared his story about the animal rescue he and his family were involved in. During the Summer of 2014, he and his mother were out for a walk in their neighborhood park when they came across a mother cat and her three kittens.

Rather than walk away as many people may have done, Justin insisted that he needed to do something to help the cats. With the help of neighbors they caught all four cats and got them to The Animal Humane Society in Golden Valley, Minn. When they returned a few days later to take pictures of the kittens on the adoption floor, they made the decision to bring Stripes home. Then when the Animal Humane Society deemed the mother unadoptable, they turned to S.O.S. Rescue Relief, Inc., for help. The organization took the mother cat in, rehabbed her, and was able to help her find a home too a few months later.

Since the release of “Saving Stripes: A Kitty’s Story” in late June 2015, more than 100 copies of the book have been sold. One-hundred percent of the proceeds benefit S.O.S. Rescue Relief, Inc., a 501-C-3 non profit whose mission is to prevent euthanasia in animals that can be saved. Between book sales and donations made to the nonprofit as a direct result of activities related to the book, nearly $2,500 has been raised to date. 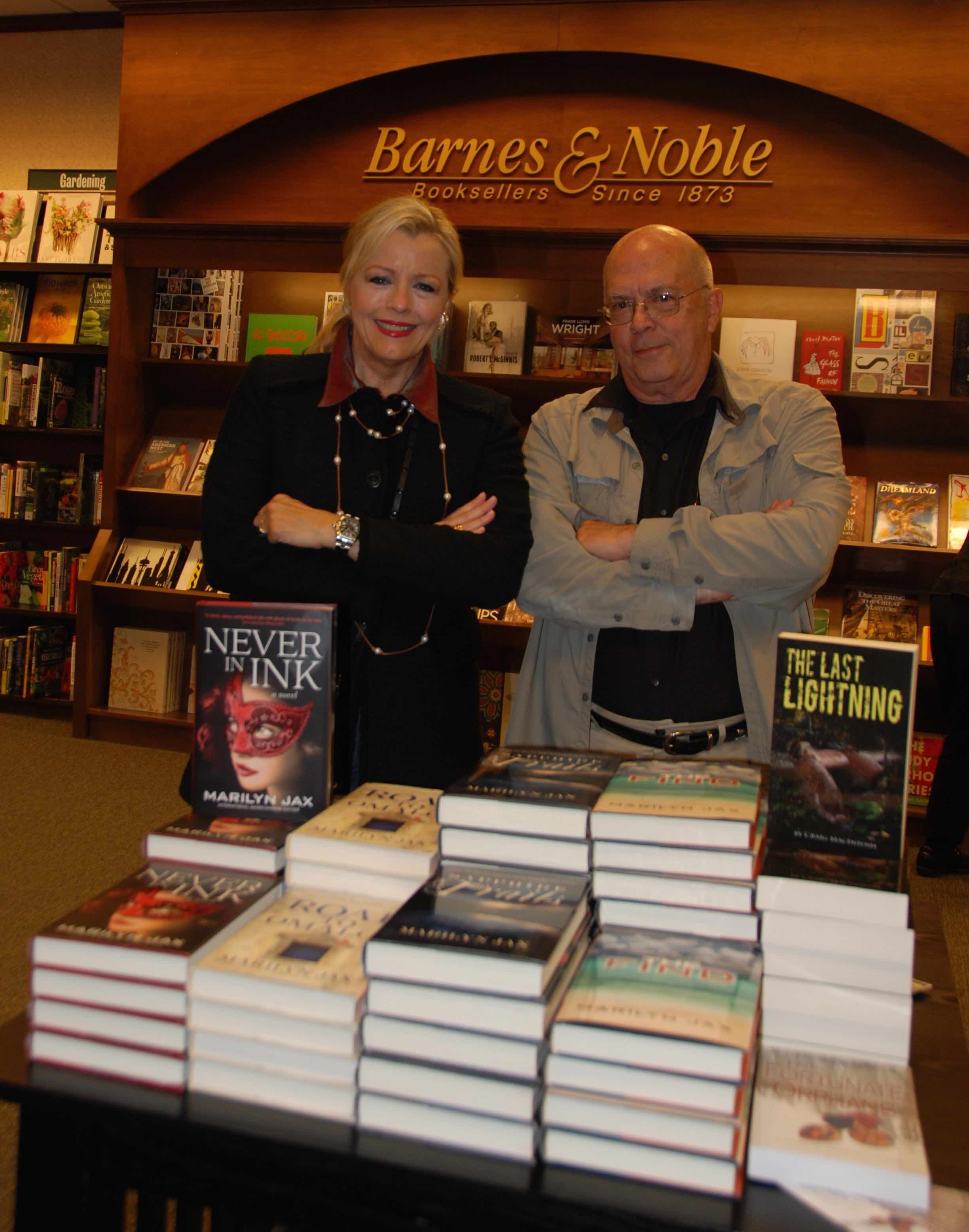 Have you always wanted to write a mystery but weren’t sure where to start?
In honor of The Month of Mystery, which is observed every October, Twin Cities mystery authors Marilyn Jax and Craig MacIntosh led a free Mystery Writer's Workshop at the Barnes & Noble store in Edina, Minn. The Oct. 24 event drew nearly 20 people curious about what it takes to put a good mystery together.
During the workshop, both authors shared their secrets for crafting the perfect mystery. Attendees also had the chance to hone their new skills through writing exercises.
Earlier in the month, Jax led a similar workshop at the Barnes & Noble in Eagan (Oct. 10), attened by about 20 people. The workshop went so well, another one has been planned for next June at the same store. Jax also taught at the Barnes & Noble in Eden Prairie in late September. Those workshops were co-taught by Minneapolis Homicide Detective Sgt. Robert Dale.

The community newspapers in each of the communities published preview stories about the events.