Author of "The Chronic Job Hopper" Interviewed on WCCO Radio/Minneapolis on Oct. 21

October is National ADHD Awareness Month, a time to call attention to Attention Deficit-Hyperactivity Disorder (ADHD), which is a non-discriminatory disorder affecting people of all ages, genders, IQs and backgrounds.

One of those affected is Farmington, Minn., resident Dave Wilkowske, the author of The Chronic Job Hopper: My Ongoing Battle with Attention Deficit Disorder. He has lived with ADHD since childhood, but was not officially diagnosed until 2004.

One of the side effects of his ADHD, which has caused a lack of the ability to focus, has been the inability to stick with a job. Since 1969 he was worked 75 different jobs.  In this memoir, he shares his story and advice for those who think they may be suffering from ADHD.... get tested and seek help!

The Chronic Job Hopper: My Ongoing Battle with Attention Deficit Disorder 1969 – 2005 is available in hardcover, paperback and ebook format.  For more information or to purchase a book, visit www.tcjobhopper.com. 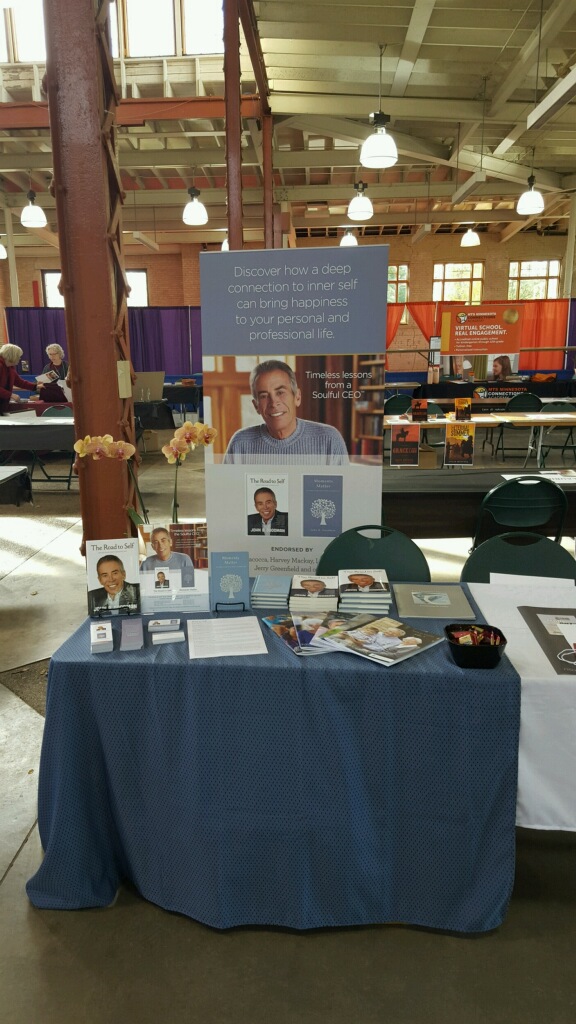 Great exposure at the Twin Cities Book Festival for John B. Goodman's new books, The Road to Self and Moments Matter.

More than 7,000 people attended the all-day festival on Oct. 17, and several of them stopped by Goodman's booth to chat and buy books. The Road to Self is John B. Goodman's memoir sharing the lessons he has learned in business and in life. The key, he says, is to take a mind, body, spirit approach to everything.

Learn more about the books, or pick up your own copies, at www.TheSoulfulCEO.com.

Launch Party for Trenshaw's "Meeting in the Margins" a Huge Success 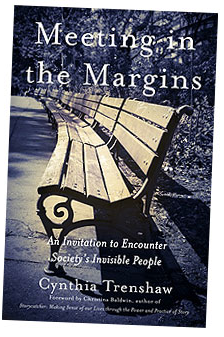 Congratulations to Cynthia Trenshaw, author, Meeting in the Margins: An Invitation to Encounter Society's Invisible People.

Earlier this month, The South Whidbey Record, a paper in the Seattle area, ran a preview story about her Oct. 13 book launch event, and it was very well attended. More than 60 people turned out to hear Trenshaw speak on her experiences with people who live life in the margins... the homeless, nursing home residents, seniors, etc.  Book sales at the event were strong.

Next up are speaking events on Nov. 9 and 10 at The Freeland Library on Whidbey Island, Washington, just off the coast of Seattle. Learn more about Meeting in the Margins, or purchase a copy, at www.cynthiatrenshaw.com.

Congratulations to Kay Elliott, author, Sundogs A to Z. Her new children's board book officially launched during a party at the Fred Babcock VFW in Richfield, Minn. on Oct. 8.

Sundogs A to Z was published by Wise Ink Creative Publishing of Minneapolis, The book includes a total of 26 mini-stories, one for each letter in the alphabet, starting with Auggie adds apples and ending with Zeke zigs and zags. Each page in the board book is brightly colored and features a Sundog at play.

The book was printed in the U.S.A. “I wanted to make sure I knew the books would be safe for babies to chew on, so I opted to use a printer here rather than overseas,” said Elliott.

Sundogs A to Z retails for $9.99 and for every copy purchased, a paperback version will be donated to North Star Therapy Animals, a nonprofit that sends volunteer teams to hospitals, elder care, assisted living centers and specialty care centers throughout the Twin Cities. For more information about the book, or to purchase a copy, visit http://www.sundogsbooks.com.

Watch for an article about the launch in the MN Sun Sailor newspaper that hits newstands on Oct. 15.