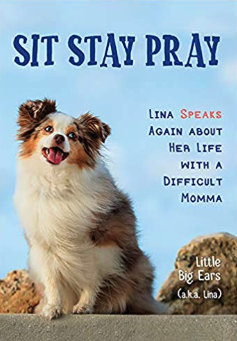 There is great value in reaching out to media in your hometown. It paid off with a great article in the Bemidji Pioneer for Robin Kelleher, author, Sit Stay Pray, just in time for the New Year.
The book makes a great gift for all pet lovers, offering unique insight into what our best friends may be thinking as they observe us.  Sit Stay Pray is available for purchase at itascabooks.com, amazon.com or barnsandnoble.com.

Maple Grove resident Richard Bahr signed copies of Those People: The True Character of the Homeless at the Barnes and Noble in Maple Grove, Minn., on Dec. 21.  Those People features the stories of several homeless friends the author has made over the years.
One hundred percent of the proceeds from sales of Richard’s book are donated to Threshold to New Life, a local ministry focused on helping people in danger of becoming homeless stay in the housing they have. Richard Bahr and his wife, Carla, co-founded the ministry. 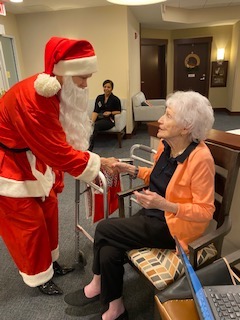 Children aren’t the only ones who enjoy a visit from Santa. So do local seniors, many of whom are kids at heart; and they sure got a treat at all nine of The Waters' senior living communities in Minnesota this month.

"Paleo Santa” spread a little holiday cheer at each of the communties on Dec. 17 and 18, handing out mini candy canes and wishing residents well. Never heard of Paleo Santa before? She is Tami Kozikowski, the President and Chief Operating Officer for The Waters, a Minnetonka-based owner and operator of senior living communities in Minnesota, Wisconsin and Pennsylvania. They call her Paleo-Santa because she is a very skinny Santa by most people’s Santa standards.

Kozikowski has been playing Santa at work since about 2008 when she borrowed her husband’s Santa suit for the first time. This is her second year in a leadership role at The Waters, and thus the second year that Paleo Santa has been making appearances at all nine of The Waters’ Minnesota communities.

As for her motivation for playing Santa every year, "It is a little selfish. My job is an office job, but when I need energy, I get out and visit a community,” Paleo Santa said. "At this time of year, it is also to say hi to team members and wish our residents and our team members a wonderful holiday season.”

Learn more about The Waters Senior Living at TheWaters.com.

Minnetonka grandmother and psychotherapist Lisa Venable launched her new audio story series, The Magical Adventures of Mr. Green Pony, on Sun., Dec. 8 at the Hopkins Center for the Arts in Hopkins, Minn.  The event was previewed in the Dec. 5 issue of the MN Sun Sailor newspaper. The paper also published a story about the event in the Dec. 12 issue of the paper.

Venable created the new audio story series in response to her concerns about exposing young children to screens.  Venable warns that overuse of screens is causing the child more harm than good. “Young children who spend a lot time on screens aren’t using their imaginations or exploring their environments, both critical for the growing brain. And, they are learning to use screens as a distraction or way to self-soothe,” she says, “something that later on often leads to addiction and an inability to deal with emotions in a healthy way.”