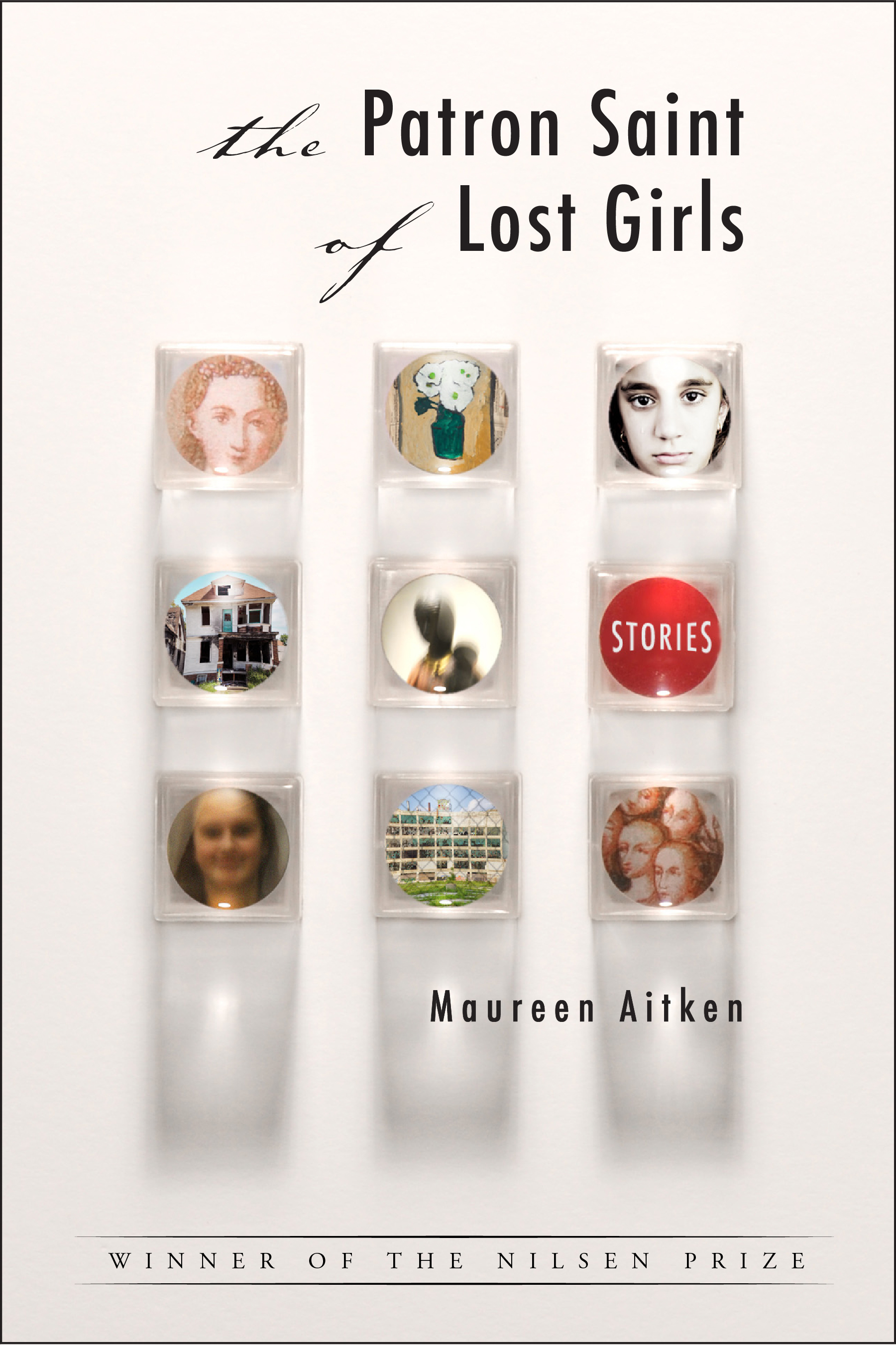 (Minneapolis) – There have been a lot of stories written about famous people, like Presidents, actors and adventurers, but how many of them can you relate to personally? Probably not very many.

However, if you grew up during any of the recent recessions—the 1970s and 80s, the early 1990s, the early 2000s, or 2007 – 2009—you’re sure to connect with Maureen Aitken’s short story collection, The Patron Saint of Lost Girls, winner of the Nilsen Literary Prize for a First Novel. Southeast Missouri State University Press released the title in Oct. 2018.

The Patron Saint of Lost Girls is the story of Mary, a young girl growing up in the 1970s and 80s in Detroit, Mich., a time in the city’s history of constant upheaval. A sharp increase in gas prices, moving factory jobs to other countries, and corporate cost cutting caused big problems for the city’s auto industry, which was forced to lay people off left and right. The departure of thousands of wage earners left behind a city suffering from an inadequate tax base, racism, too few jobs, and high unemployment.

Despite it all Mary, and thousands just like her, thrived. In the book, Aitken explores the aspect of the human condition that allows people to make it through tough times, “During tough economic times, people need creativity and community to survive. Art and relationships help people know that they belong. They also help people question power and find inspiration.”

The 14 stories weaved into the book were inspired by observations Aitken made while living in Detroit in the 1970s and 80s. “It was a time when people were struggling to find work, when addiction ran rampant,” she recalls. “I remember my own uncles struggling after being laid off… one of the consequences of writing this book is realizing how brave people are and what they endure,” says Aitken.

In one of the stories, Mary has to figure out how to move on after a failed relationship. In others, she explores the creative spirit’s ability to transcend hardship, and the relationships she has with friends and family.

The book ends with Mary explaining the incredible loss she feels after losing her sister to cancer. The author lost her own sister the same way. “A reader told me that Mary’s stories are like paintings. That is high praise.”

Early reviews for The Patron Saint of Lost Girls have been glowing. The book has received a Kirkus Starred Review that reads in part, “Overall, the author delivers these stories with poetic grace, resulting in a book that will linger in the reader’s mind long after the final page. A moving work that demonstrates a nuanced understanding of the human condition."

Pam Houston, author of Contents May Have Shifted, says, “Maureen Aitken has a keen eye for piercing detail and the stamina to render relationships in all their messiness, in all their glorious complication. These fourteen beautifully crafted stories of art, lust, love and family vacations will delight your ear and open your heart.”

“In this heartbreaking and exquisite collection of linked stories, Maureen Aitken reveals the numinous beauty in ordinary lives…With uncommon grace and wit, Aitken vividly evokes Detroit, the industrial Midwest, and a nation at a moment of transformation and trial, in which lives are ultimately redeemed by small acts, enduring love, and language,” says E.J. Levy, author of Love, In Theory and Amazons

Copies of The Patron Saint of Lost Girls are available through the author’s website, www.MaureenAitken.com, as well as Amazon.com and BarnesandNoble.com.

Maureen Aitken is the recipient of the Foreword Review INDIE Prize (General Fiction, Gold Winner) and the Nilsen Prize for her collection of stories, The Patron Saint of Lost Girls. The collection has earned a Kirkus Star and a Foreword Star. Her work has received a Minnesota State Arts Board’s Artist Initiative Grant, a Loft Mentor Award, a grant from the SASE/Jerome Foundation, and an award from Ireland’s Fish Short Story Prize. Aitken teaches writing at the University of Minnesota.

EDITOR’S NOTE: This feature article is available for your use copyright free and cost free. High resolution photography is available for you use for free as well upon request. If you prefer to arrange an interview of your own with author Maureen Aitken, please contact Rachel M. Anderson, Publicist, at 952-240-2513 or This email address is being protected from spambots. You need JavaScript enabled to view it..