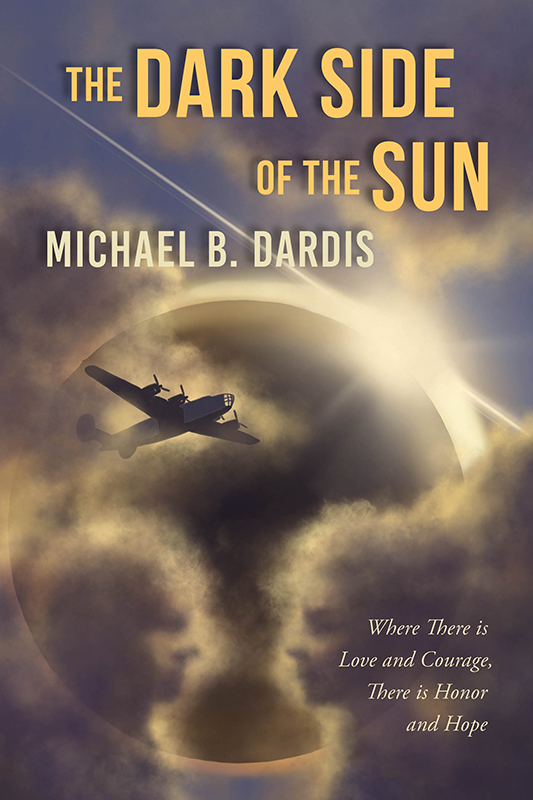 (Bloomington) – Michael B. Dardis, 72, of Bloomington, Minn., saw and experienced things in Vietnam he will never forget. “One time the enemy was shelling our bunker with large rockets striking 100 feet closer each time. One landed just 100 feet away from me before the shelling stopped,” he said.

He also recalled the time he and some of the other men were near the Cambodian border when they heard a tiger roaring at them from just outside their barbed wire perimeter. As if having rockets land all around you, and that encounter with the tiger weren’t scary enough, there was also the time he got shot.

“It was one o’clock in the morning. We were taking heavy mortar rounds and then all of a sudden the power and communications went down because the generator had been hit,” recalled Dardis. “When I went out to see what was wrong, I found out and I got shot.”

While seeking cover, he rolled over a satchel charge, snuffing the fuse and preventing the bunker from being destroyed. After returning from the hospital he rejoined his unit for a short time, then was transferred to another unit. For his actions that night, he was awarded the Purple Heart for being wounded in combat, and the U.S. Army Commendation Medal for Valor.

“Coming back after Vietnam was no picnic. We really weren’t welcomed home like the people who had served in World War II were,” said Dardis, who found it took several years to adjust to civilian life. He eventually found a job as a bank supervisor, then transitioned to a 30-plus year career at Blue Cross Blue Shield.

Dardis has had a lifelong interest in modern European, American, and military history. After retiring in 2004, he decided to try his hand at writing. “When I started writing, I focused on my life experiences and then expanded to reflect a broader story. I wanted to highlight the impact that wars have on families, as well as the turmoil of the 20th century in America and Europe - especially the Great Depression, World War II, and Vietnam,” said Dardis.

The Dark Side of the Sun, released by Minnesota publisher Beaver’s Pond Press in late 2018, is not only the story of two Vietnam veterans and their struggles, but the story of six families struggling across 40 years of war and economic turmoil. The Vietnam portion follows Bill O’Brien, a young army officer who loses his entire family when he is just a teenager. While in Vietnam, he meets Susan Johnson, a M.A.S.H nurse, and the woman he is destined to one day marry.

When they finally do reconnect stateside, both are fighting demons that just won’t go away. “The novel was designed as a relationship story that illustrates what war can do to people,” said Dardis. “Years may have passed, but those who served are still fighting the ghosts of people they encountered in the battlefield so long ago.”

In other words, they are suffering from Post Traumatic Stress Disorder or PTSD. The U.S. Department of Veterans Affairs estimates that PTSD affects almost 31 percent of Vietnam veterans, as many as 10 percent of Gulf War (Desert Storm) veterans, and 11 percent of veterans of the war in Afghanistan.

Like his main characters, Susan and Bill, Dardis is among the Vietnam Veterans affected by the mental disorder brought on by stress. “Frankly I didn’t realize I had it until I started going back and forth to that era while working on the book,” he said. “I lost two friends from high school and three more people I was close to while over there, including our medic. I had to put a tourniquet on a man whose leg was nearly blown off. These are the kinds of experiences that haunt you forever. You just never forget.”

The residual effects Dardis lives with are the inability to sit in a room with his back to the door. “I need to be able to see where a threat may come from at all times,” he said. Dardis also admits that certain smells and words cause him anxiety, and he suspects that some of his recent medical diagnoses are the result of his exposure to Agent Orange.

Sharing snippets of what happened to him in Vietnam aren’t the only personal experiences Dardis has worked into his novel. He also focuses part of the story in northern Michigan where his family has a home, and includes scenes in Texas, Oklahoma, and the Twin City area. He incorporates his love for history by developing a clear and compelling story of life in the Great Depression, as well as in Nazi Germany.

Dardis also touches on the emotions associated with losing those closest to you. Like Bill, Dardis lost his parents at a young age. “My father died when I was 13 and my mother when I was 17,” he said.

Readers have definitely picked up on the authenticity in the story. “A vivid description of the life of a U.S. soldier in the jungle of Vietnam, told from first-hand experience, enhanced my appreciation for the sacrifice made by the men and women who gave more that we can understand,” said Dennis M. in the review he left on Amazon.

“If you are interested in a good read that will hold your interest from cover to cover, this is it. The author weaves a plot line through two wars in a way that is entirely plausible. Events unfold in a completely believable way and connect with historical events. The characters realistically face life as it is handed them. The reader feels their struggles and joys. Dardis provides descriptions that allow the reader to visualize what the characters are seeing. The locations are real and well researched,” said reviewer John L.

“A real story-teller! On the page it reads like an oral story. Amazing breadth —covering and connecting two huge wars,” said a judge from the Midwest Book Awards competition.

“I felt this was another book comparable to those of Clide Cussler and Dale Brown,” said a judge from the Benjamin Franklin Awards competition.

The Dark Side of the Sun is available in paperback at MichaelDardis.com and Barnes and Noble.com. Both paperback and eBook versions are available through Amazon.com.

About Michael B. Dardis 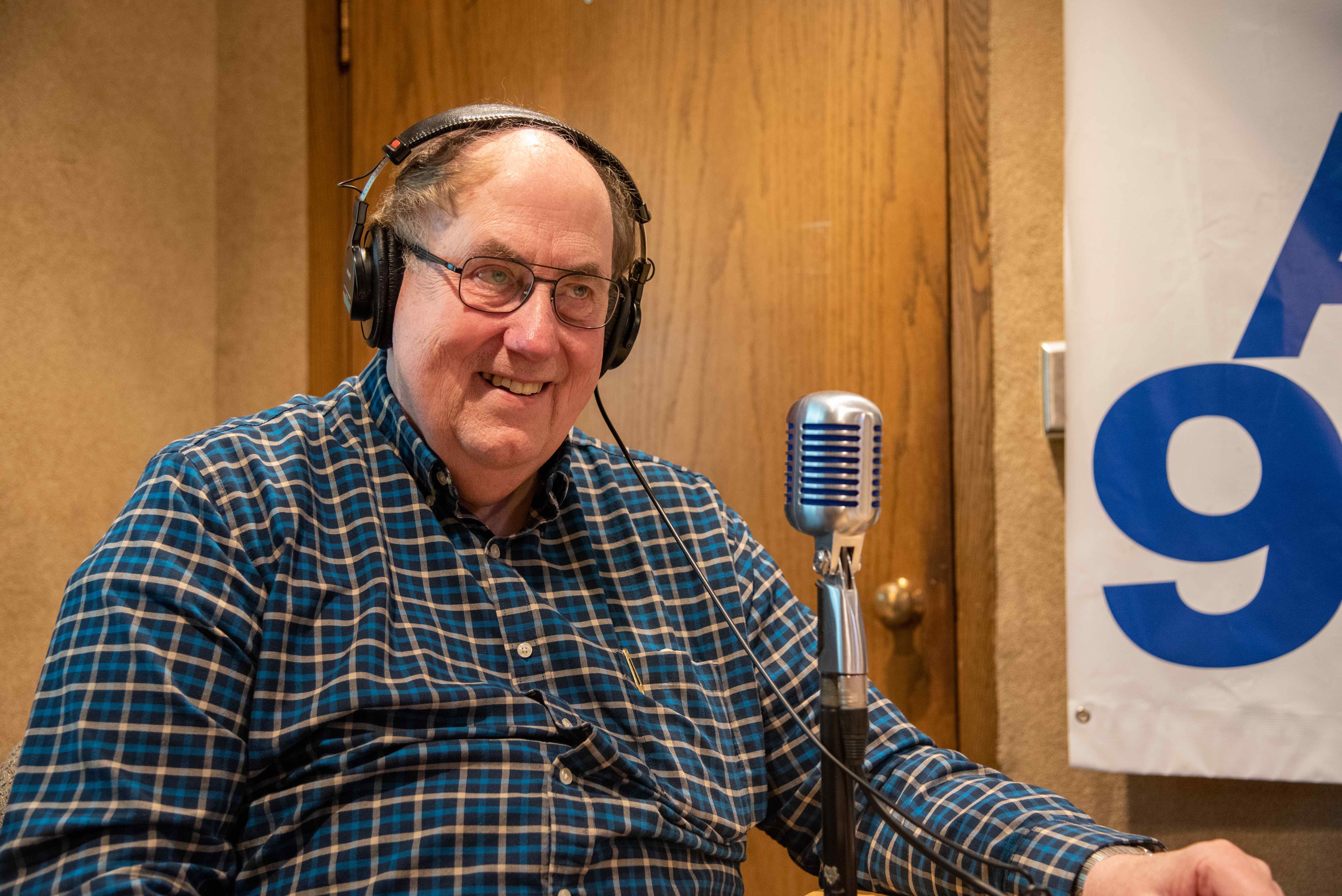 Michael B. Dardis is a lifelong storyteller and world traveler who specializes in 20th century European history, American history, and military history. After graduating with degrees in history and geography, Dardis was awarded a Purple Heart and the U.S. Army Commendation Medal for Valor for his service in the Vietnam War. When not writing fiction, he is active in several commissions, including the Committee on Foreign Relations Minnesota and the Minnesota Historical Society. He lives in Bloomington, Minn., with his wife, Nancy.

EDITOR’S NOTE: This feature article and the accompanying photography are available for your use copyright free and cost free. To arrange an interview of your own with Michael Dardis, contact Rachel M. Anderson, Publicist, at 952-240-2513 or This email address is being protected from spambots. You need JavaScript enabled to view it..