In Ukrainian Nights, passion and bloodshed explode in the timeless tension and rivalries between the East and West
By Rachel M. Anderson, Contributing Writer

(DENVER) – The geo-political ructions caused by the collapse of the Soviet Union in 1990-91 are still with us as we enter a new decade in 2020. The rapid disappearance of communist order and control left a handful of former KGB operatives in possession of massive gas and oil reserves, and they have become the shady oligarchs of today. Beneath the historical tensions between Russia, Ukraine and the USA, resides a powerful and allegedly state-sponsored criminal elite, who have citizenship wherever they want it.

The situation is a literal powder keg, and one that served as the inspiration for Ukrainian Nights (Calumet Editions, 2019, $16.99 paperback, $4.99 Kindle edition), one of those gritty, unforgettable noir novels that takes its main protagonist to the nadir of love and obsession and spits him out, almost broken. Hunter, a young New York Times journalist, assigned to investigate sex slavery and money laundering in Kiev just after the fall of the Soviet Union, is not a tough guy, not in the least. But he falls in love with Alina, the mistress of Vladimir Karasov—the head of Ukraine’s largest mafia—and refuses to let her go.

The love story between Hunter and Alina is running against a background of desperate brutality in Kiev and New York City, the result of the competing interests of international business, human trafficking, geopolitics, drug money and crooked banking—for the riches and spoils of oil and gas exploitation in Ukraine. The plot of Ukrainian Nights twists and turns until the reader is left to wonder what will happen next and who is right and who is wrong.

Hunter, the novel’s protagonist, lost his family in a fire when he was ten and bounced from foster family to foster family during his youth. Living alone after college and working at the New York Times as a young, talented journalist, he’s taken advantage of by an abusive editor and sent to Kiev to write a series on sex slavery, drugs and money laundering emanating from Russia and Ukraine and rapidly expanding into New York City. Hunter never learned how to love or be loved. So when seduced by Alina at The Rus’ Club in Kiev, he’s experiencing love for the first time--even though he has to pay for it. Hunter wants to use Alina for the inside information he needs for his articles on the mafia, but falls in love with her in the process. Eventually, he becomes willing to risk everything to bring her back to New York.

“Alina is a survivor,” explains Carlson. “By 1995, Ukraine’s descended into total anarchy. There is no viable government, no banking, no police, or justice system. Alina is alone and on her own in a country where people

are starving and without hope for a job. The mafia preys on young, vulnerable women who are desperate. They promise jobs, but enslave them into prostitution against their will. It happens to Alina and once she understands her predicament, she’ll do whatever she has to do to survive.”

Alina sees a real opportunity when Hunter Moretti shows up at The Rus’ Club in Kiev, especially when Hunter, who’s undercover as a wealthy businessman, offers her substantial cash in exchange for information from inside the mafia that only someone like Alina can provide. But being the mistress of Vladimir Karasov, the current head of the largest mafia organization in Ukraine and one of top Soviet Union KGB officers after World War I, spells danger for Hunter when he gets too close.

Carlson says the inspiration for Ukrainian Nights came from visiting his sons who lived in the East Village where a large number of Russian and Ukrainian born immigrants have settled. “I have no idea how the story evolved the way it did. As I started doing research, I became fascinated with tragic outcome from the fall of the Soviet Union and how people struggled to survive. Throughout the book, life imposes circumstances and choices on each of the characters. How they respond to these choices is driven be the universal desire to love and be loved. However in the end, happiness and love means something different for everyone,” says Carlson.

Alina and Hunter aren’t the only survivors whose stories are featured in the book. “In their own way, all of the characters are wounded and victims. Some by circumstances. Some by choice, some in combination of both, but each struggles to overcome their own difficult situations,” says Carlson, who adds that also explored in the book is what people are willing to sacrifice to do the right thing.

“A lot of these characters have been making choices that are self-serving early on, but as the story evolves, at least in Hunter’s case, he’s forced to make a choice that is bigger than himself and may change his life forever,” says Carlson.

Early reviews for Ukrainian Nights have been very favorable. John Wirth, Executive Producer/Showrunner: Wu Assassins; Hap and Leonard; Hell on Wheels; The Sarah Connor Chronicles, said, “One page in, I couldn’t stop reading Pete Carlson’s debut novel Ukrainian Nights. Suddenly this year’s impeachment hearings made sense. I half-expected Rudy or Lev and Igor to stroll through the pages and end up bloody. I’ll never put gas in my car, read the New York Times or hear a Russian accent on the streets of New York quite the same way,” he said.

“Carlson has written a masterpiece debut novel, Ukrainian Nights, and his gifted pen takes us on a roller coaster ride through love, betrayal, and corruption in New York and Ukraine after the fall of the Soviet Union in 1991. Full of incredible twists and turns, Carlson’s story infused with uncanny knowledge of Ukrainian politics and culture was not only intriguing but kept me guessing until the very end (which was well after my normal bedtime),” said Ward Brehm in his review on Amazon.com.

“Your book hooked me from the beginning. I couldn’t put it down and read until 4:30 a.m. I finished it the next morning.  I’ve never read a book in two sittings. I couldn’t wait to find out what was going to happen next. It was amazing! Hurry and write the second one,” said David B.

Now that Ukrainian Nights is published, Carlson’s hard at work on a second book tentatively scheduled for release by Calumet Editions in mid-2020.

More information about Ukrainian Nights can be found on the publisher’s website: CalumetEditions.com. The book is available in both paperback and eBook formats on Amazon.com, and in paperback from BarnesandNoble.com. 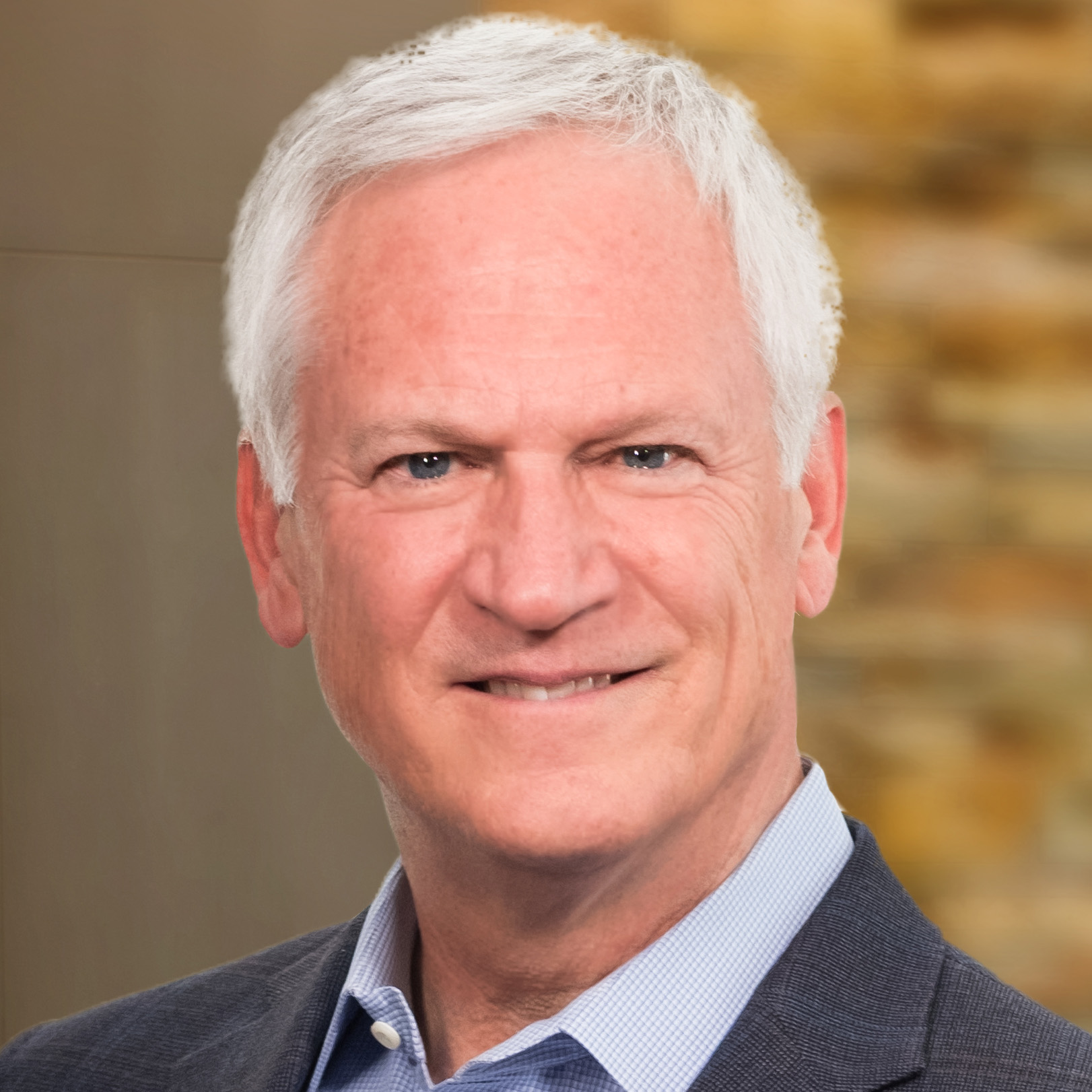 Pete Carlson has an extensive career in commercial real estate investment and development across the country. In 2016, he moved from Minnesota to Denver where he is currently developing Altus Vail, a 30-unit luxury condominium project in Vail Village, Colorado.

Carlson is also a published author. In 2019, the novel he had started writing ten years prior during a writing class at The Loft Literary Center in Minneapolis was published by Calumet Editions of Edina, Minn. Carlson credits his mentor, Ian Graham Leask, with helping him bring the book to market.

Pete Carlson grew up in Minnesota, but he and his wife, Marsha, now consider Denver, Colorado home. The couple has three adult children and three grandchildren. In addition to spending time with family, Carlson’s hobbies include writing, cooking, golf, and travel.

EDITOR’S NOTE: This feature article is available for your use copyright free and cost free. High resolution photography is available for free as well upon request. If you prefer to arrange an interview of your own with Pete Carlson, contact Rachel M. Anderson, Publicist, Calumet Editions, at This email address is being protected from spambots. You need JavaScript enabled to view it..