(Minneapolis) – There are a lot of stereotypes about people who are homeless and Richard Bahr has heard them all. “The homeless are lazy, unemployable, alcoholics, not trying, they are flawed people, and it’s their own fault that they are on the streets,” he says.

“Are the stereotypes true? Sometimes yes, but we have a chronic problem in society of being judgmental. We seem to have a hard time connecting with people who are not like us.”

Bahr is hoping to change perceptions and opinions about people who are homeless through the stories in his new book,  Those People: the true character of the homeless. Throughout the book, Bahr shares stories about the friends he has met on the streets over the past decade through his work with Threshold to New Life (www.threshold2newlife.org), a ministry he and his wife, Carla, started up to help those struggling with housing issues. All of the stories in the book are true, but names have been changed to protect people’s privacy.

One of the people featured in the book is Jerry, who Bahr considers to be one of his ministry’s most dedicated volunteers. Jerry is in his fifties and lives in a subsidized apartment building near the Minneapolis shelter where Threshold to New Life regularly serves breakfast to the homeless.

Bahr explains that Jerry is the only person who serves the ministry 365 days a year. “He (Jerry) shows up when we’re in the middle of meal preparation, steps in to serve when we’re lacking help, and most importantly handles the after-meal logistics of staging the carts for the next day’s team,” explains Bahr.Jerry’s story is featured in the section of the book that highlights the concept of serving. Other stories introduce people who demonstrate character through patience, gratitude, perseverance, stamina, faith, generosity, love and not being defined by one’s circumstances.

Bahr’s friend, James, exemplifies the latter perfectly. “James came to Minnesota from another state and thought it would be easy to find a job and housing. He soon found out jobs were plentiful, but because it is so expensive, housing is hard to obtain,” explains Bahr. Over the years, Threshold to New Life has helped James get housing a couple of times, helped him obtain a job interview, and when he was in a shelter, provided him with a coat and bus tokens so he could get around town.

“I have walked alongside this guy over the past five or six years and he is to the point of living independently now,” says Bahr, who adds that it’s extremely gratifying to him to have played a role in James’ success.

In addition to helping those struggling to either find housing, or keep the housing they have, Bahr also serves breakfast to the homeless through his partnership with the Salvation Army’s Harbor Light Center, and estimates he has personally delivered more than 20,000 pairs of socks to his friends on the street as a means of meeting the homeless, learning names and establishing relationships.

“I wrote this book because I wanted to share the stories of some of the amazing people I have met through my ministry. I also want to help clear up some of the prejudices or suppositions about ‘those people,’” says Bahr.

In addition to his collection of stories, Bahr has also included an appendix that shares his thoughts on panhandling, as well as chapter notes that direct readers to additional resources on the concepts discussed in the book.

Early reviews for Those People have been very favorable. Jessica Sprenger, the former manager of Catholic Charities’ Higher Ground Shelter in Minneapolis says, “The connection of humanity is incredibly powerful—so many stories told and such a true gift to tell them. Richard effortlessly gives his time and his self to others. By taking on just one of the challenges in his new book, he creates an opportunity for us all to make a difference in the lives of ‘those people’ who appear to be different from us.”

Adam Sidler, associate pastor at Grace Fellowship in Brooklyn Park, Minn., says, “Rich has been a constant inspiration and example for my life and the lives of so many others. The words written in this book are a message of humbleness and an inexplicable desire to be used by God. It is here, within these pages, that Rich challenges the church and its occupants, to live beyond the comfortable, and instead step forward with fierce courage and determination to joyfully lift up those in great need.” 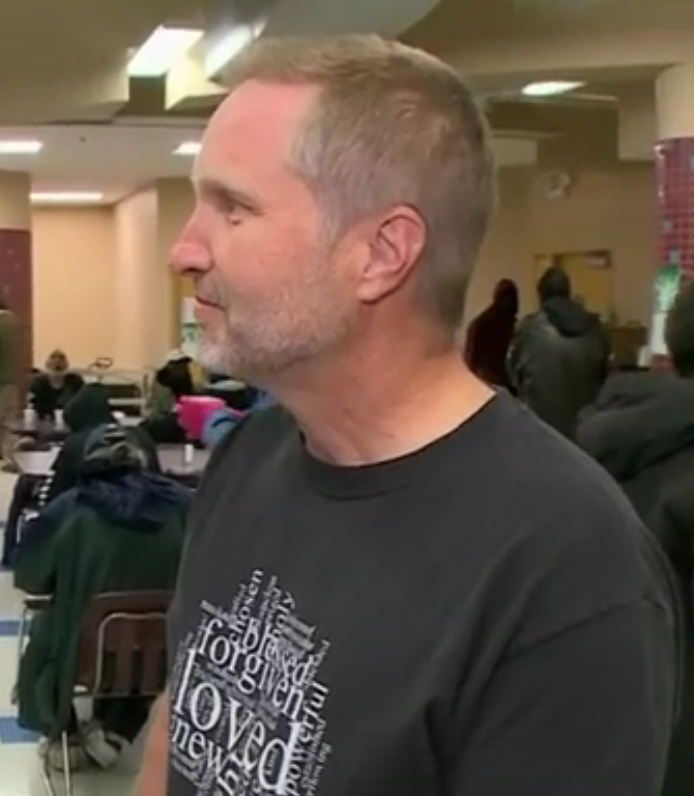 Richard Bahr co-founded the social ministry organization Threshold to New Life (www.threshold2newlife.org) with his wife, Carla. This organization helps those who are homeless or have recently experienced homelessness to obtain or keep their housing.

He is deeply involved in serving the homeless in Minneapolis through other ministries with which he is involved, by serving meals and providing basic living necessities, but most importantly his friendship.

All proceeds from the sale of Those People: the true character of the homeless, as well as Bahr’s other book, Amazed: Why the Humanity of Jesus Matters, go towards funding Bahr’s ministry. Learn more about Threshold to New Life and Richard Bahr online at  www.richardbahr.com.

EDITOR’S NOTE: To arrange an interview with Richard Bahr, or request review copies of his books. contact Rachel M. Anderson, Publicist, Threshold to New Life, at 952-240-2513 or This email address is being protected from spambots. You need JavaScript enabled to view it.