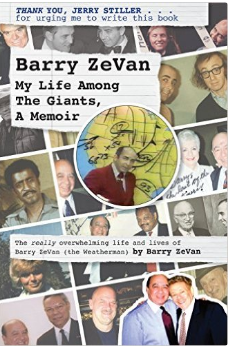 There are a lot of people who got into a broadcasting career in hopes of being famous, but for Barry ZeVan, The Weatherman, that was not his main motivation. “I never thought of, nor cared about, fame. I was just literally born into broadcasting and show business and, when employed, only cared about my background affording me the privilege to knowledgeably deliver both lighthearted and serious communication from almost day one,” he said.

“My second cousin, Cecil Brown, was one of Edward R. Murrow’s ‘boys’ in London during World War Two. Two of the other ‘boys’ were Walter Cronkite and Eric Sevareid. Another close cousin, named Leonard Kapner, was Vice President and General Manager of WCAE, Pittsburgh’s ABC radio affiliate in the 1940s and my grandfather was one of Milton Berle’s and George Burns and Gracie Allen’s agents. Broadcasting, show business and even high-level politics were, and are, part of my DNA, from birth. It’s all in my memoir.”

In the book, Barry ZeVan: My Life Among The Giants, A Memoir (4 Square Books, Jan., 2016, $15.95), ZeVan shares some of his fondest memories of an amazing career. It is a book his good friend, actor Jerry Stiller, urged him to write, also giving Barry permission to sub-title the book, THANK YOU, JERRY STILLER…for urging me to write this book.

“Jerry encouraged me to do it about three years ago. He kept saying, ‘Barry, your life is a book. I’m telling you, you have to write your book,’ so I did,” said ZeVan.

Barry ZeVan began his broadcasting career as a boy singer in 1943 when he was just five-and-a-half years-old on the world’s first commercial radio station, KDKA, in Pittsburgh. He then continued as a weekly radio dramatic actor on Pittsburgh’s WCAE (ABC) from 1948 to 1951.

Barry also acted as a regular weekly cast member of such noted classic television series’ as “Mister Peepers” (1952-53, on NBC-TV), “The Perry Como Show” (as a Ray Charles Singer, 1956-57, NBC-TV) and performed featured roles on other television classics which included "The Alcoa Hour”, “Studio One”, and “The Big Story” and a role on the NBC-TV soap opera, “Search For Tomorrow”.

In 1958, he began a 30-plus year career as a television weatherman, thanks to 1955 U.S. Air Force weather training, in Missoula, Montana, eventually making his way to Idaho Falls, Honolulu, Las Vegas, the Twin Cities, Washington, D.C., Detroit, the ABC network’s Satellite News Channels in Stamford, Conn., then eventually back to the Twin Cities where he ended his on-air forecasting career in the late 1980s.

Among the most notable trademarks for which ZeVan was known as a television weatherman was peeking around the corner even when off camera. “I did it to always make eye contact with the audience, even when off- center camera. I heard the newscaster in that first market starting to laugh when I was looking back toward the camera and that’s how it happened. It wasn’t some kind of gimmick,” said ZeVan, who also made his mark by occasionally waggling his eyebrows.


In addition to his great personality, ZeVan was also known for giving accurate forecasts. “Some people are given gifts. They have intuition. They have actual knowledge and a combination thereof to do something like television weather presentations. If you combine knowledge, natural personality and entertainment and just make the audience feel comfortable they’re watching someone who cares about them, and knows it’s a privilege to be on the air, those are some keys to success,” said ZeVan.

Barry ZeVan: My Life Among The Giants, A Memoir has been favorably reviewed by a number of well-known personalities. Former U.S. Vice President, Walter F. Mondale, said, “Barry ZeVan, the Weatherman, is the person we watched as a television personality with personality. His autobiography tells us there was far more to his life in addition to television weather forecasts and broadcasting. His life story is a compelling read with constant surprises on almost every page. I heartily recommend it to anyone who thinks they know about survival.”

How can Barry ZeVan know so many famous people? Beats me, but he does and the stories he tells about them make fascinating reading,” said Sam Donaldson, former ABC-TV White House Correspondent, News Anchor, Co-Host of This Week, 20/20 and Prime Time Live.

"Barry ZeVan's memoir is a must-read chronicle of the highest highs and the lowest lows the veteran television personality and producer has experienced, often in the company of the world's most celebrated personalities. It's a tale of bright success fraught with darkness, but always filled with hope. Want know the price and the joys of celebrity?  Read this book,” said Rudy Maxa, Host, Smart Travels with Rudy Maxa, PBS-TV and APT.

“This book is a chronicle of our times,” said Alma Gildenhorn, wife of former U.S. Ambassador to Switzerland, Joseph Gildenhorn.

“I’m glad people enjoy what I do,” said ZeVan, “but it’s almost been kind of embarrassing to be thought of as some sort of icon.”

But an icon he is. Copies of Barry ZeVan: My Life Among The Giants, A Memoir, published by 4 Square Press of Stillwater, Minn., and released in January, 2016, are available for purchase online at www.Amazon.com. For more information, visit www.BarryZeVan.com. 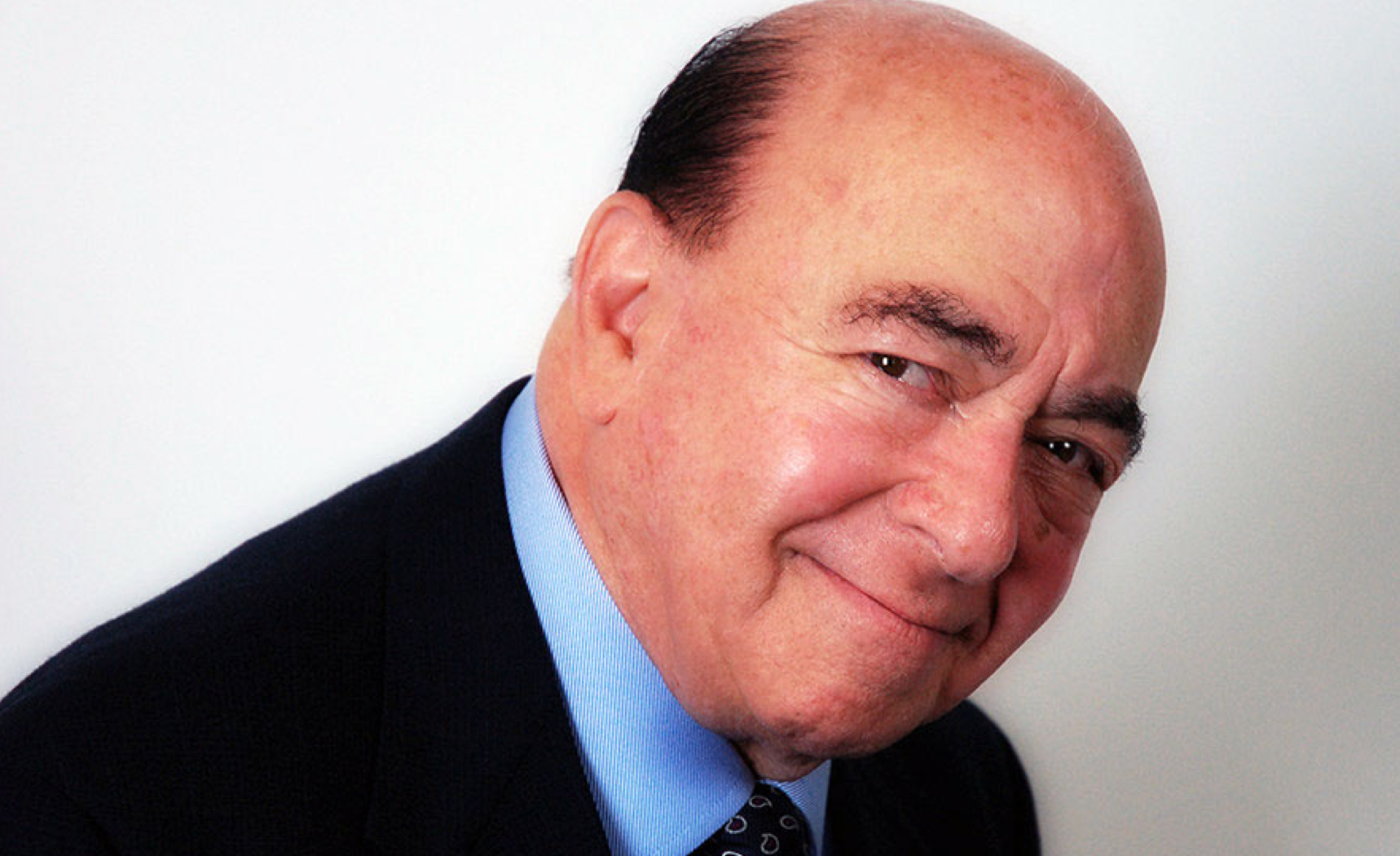 Barry ZeVan was a well-known and popular television weatherman in markets across the United States from 1957 to 1988. Since delivering his final weather forecast on KARE-TV in Minneapolis-St. Paul in 1987, he has gone on to host several TV specials, produce a number of award-winning documentaries all over the world and do consulting work in the media relations field. He and his wife, Ellen, make their home in Minneapolis.

EDITOR’S NOTE: To arrange an interview with Barry ZeVan, or request a review copy of his book, Barry ZeVan: My Life Among The Giants, A Memoir, contact Rachel M. Anderson, Publicist, at 952-240-2513 or This email address is being protected from spambots. You need JavaScript enabled to view it..