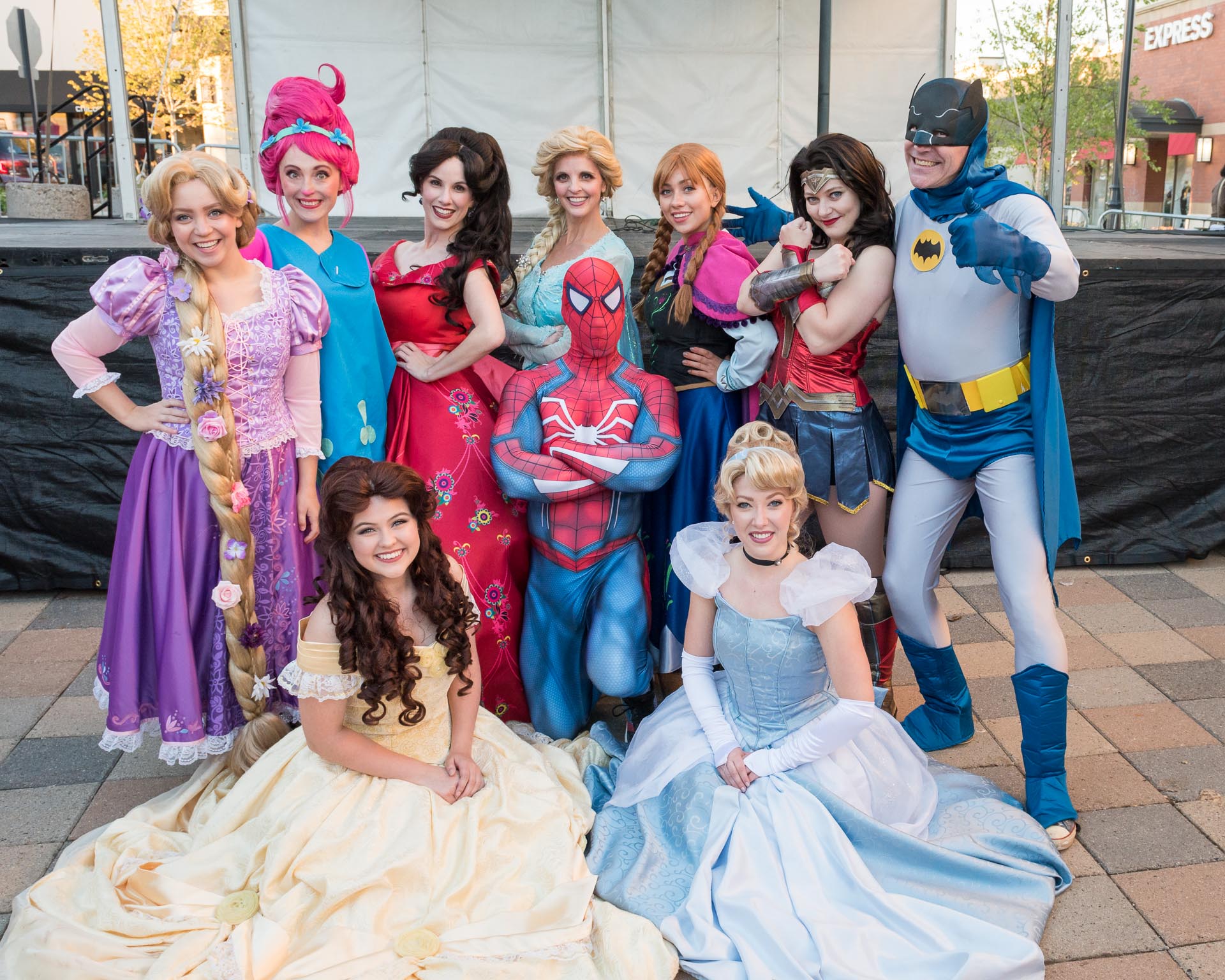 (Plymouth, MN) - The year 2020 will be a memorable one for 5-year-old Everly Taylor of Waconia and her parents. That’s because the youngster will have had a very unique school experience.

Unable to send her daughter to a traditional Kindergarten program due to the COVID-19 pandemic, Everly’s mother, Megan Taylor, signed her daughter up for a new online enrichment program offered by Plymouth resident and Princess Party Pals founder Nicole Fenstad, a.k.a. Cinderella.

It's not the first time Everly’s family has crossed paths with the educator/entertainer. Seven-and-a-half years ago, Everly’s older sister, Jillian, had the birthday party of a lifetime with “Cinderella.” At just four years old, it was a dream come true for Jillian. Almost one year later “Cinderella” visited Jillian again, but this time it was at the Masonic Children’s Hospital in Minneapolis, as she had just been diagnosed with Leukemia.

Over the next few years, “Cinderella” paid many visits to the family, including a very memorable visit to Jillian’s classroom where “Cinderella” got to reveal that her wish to go on a magical vacation to meet all her princess friends had come true.

Fenstad has had the pleasure of delivering the good news about Make-A-Wish wishes coming true for dozens of children over the years through her role as founder of Princess Party Pals. However, because of the pandemic, the children’s entertainment company hasn’t done many of those lately.

“Once COVID-19 happened, all of our birthday parties were cancelled; all of our special events were rescheduled; and then most of our preschool visits were cancelled as well,” said Fenstad. “So, we really had to come up with some new ideas to still be able to touch kids and bring entertainment, but do it in a safe way.”

One of their new offerings is Enrichment Pals, a weekly subscription-based program for kids between the ages of 3-and-7 that can be accessed online via Zoom. The program features performers dressed as fairytale characters, who lead weekly lessons intended to be both educational and entertaining.
At a recent lesson, Everly and the other kids participating got to meet a unicorn. “Our focus that day was on teaching kids that like a unicorn, we are all unique. We asked all the kids to bring a toy for circle time that was a color of the rainbow because, of course, rainbows and unicorns go hand-in-hand,” said Fenstad.

On the day of the unicorn’s appearance in the virtual classroom, the kids got to share their toy with the unicorn, and also practice naming the colors of the rainbow. Other Enrichment Pals lessons have focused on such things as learning letters and numbers, reading and writing, singing and dancing.

“The curriculum very closely mimics what my daughter was doing in preschool last year, right down to how personalized the classes are,” said Megan Taylor. “Nicole is always there in character, and she starts class by welcoming each child by name, and then making one additional personalized comment to them that makes them feel connected.”

Once everyone in the class has been welcomed, the kids are told what the day’s schedule will look like to set their expectations, then the fun and learning gets underway. Taylor says the online classes typically begin with a song or movement activity, then the students settle down for story time, then there is an experiment or arts and crafts activity, followed by show-and-tell. Class lasts 45 minutes.

Enrichment Pals is offered on a subscription basis. Cost is $59 per month to attend a weekly session that is held every Friday. Although the 10 a.m. class is full, there are currently openings for the class that meets from 11:30 a.m. to 12:15 a.m. on Fridays. Children can join the program that runs through May 28 any time of the year.

Another online offering by Princess Party Pals is Princess Facetime, which is a 15 minute call with a princess or other character the child would like to speak with. Cost is $35. “A lot of parents will book one of these as a pick-me-up for their kids, or maybe as a birthday gift. They have been very popular. We have done about 200 of them since the pandemic began,” said Fenstad.

Amy Gallagher of Rogers has hired Fenstad to do several Facetimes with her daughter, Gigi, since the pandemic began. “Nicole called Gigi as her favorite zombie cheerleader a few times before her 6th birthday party,” said Gallagher, who also hired Princess Party Pals to do an outdoor parade birthday party for her daughter this past May as a COVID-safe party option.

“The day of the party, Fenstad was doing cheers as people drove up to wish Gigi a happy birthday, and pick up their party bags. She also posed for socially distant pictures with the kids and Gigi loved it,” said Fenstad. Cost for a drive-by parade is $100.

Princess Party Pals also offers parents the opportunity to purchase a 2-minute customized video featuring the character of their choice delivering a fun, customized message for their child.  Cost for the 2-minute video is $30; and the company just recently resumed its one-hour long in-person outdoor and open garage parties. “We did about 30 of them in late summer and will keep offering them until it gets too cold to do outside,” said Fenstad.

Before the pandemic struck, Sarah Jane Nichols of Corcoran had hired Princess Party Pals twice to do parties for her youngest daughter. Nicole Fenstad appeared as Rapunzel for Evie Nichols’s 4th birthday party back in 2018, and led a pink-themed party for her 5th birthday in 2019.  This fall, she will appear as The Little Mermaid for Evie’s sister, Lily’s, 8th birthday party.

“Princess Party Pals events are so amazing. As a parent I get to just relax and enjoy, and take pictures while Nicole and her team take care of everything. All the girls who attended Evie’s past parties were captivated. Nicole really knows how to engage the kids, and make each of them attending the party feel special,” said Nichols.

While the past parties Fenstad’s company did for the Nichols family featured face painting, story time, dress-up, a red carpet coronation ceremony, arts and crafts and cupcakes, her outdoor parties in the time of COVID vary slightly.

“We’ve amended the schedule because of the need for social distancing,” said Fenstad. “Our in person parties currently feature story time, a craft, singing Happy Birthday to the child and taking socially distanced photographs. “

Parties are typically held in a child’s backyard. Cost is $200 for a 1-hour party.

Fenstad said moving forward she is open to doing indoor visits and customizing them to meet people’s comfort levels. In addition, she is looking forward to the time when the pandemic is no longer a major threat, and she can get back to offering a more personalized party experience for kids. “I am also looking forward to resuming the volunteer work I love doing,” she said.

Princess Party Pals performers have been visiting sick kids at the Masonic Children’s Hospital in Minneapolis for five years now. They also volunteer at Crescent Cove, a respite and home hospice in Brooklyn Center for children with life-threatening conditions, and for the Make a Wish Foundation.

To book a party or other offering from Princess Party Pals, parents can go to the company website, PrincessPartyPals.com, or reach out to Nicole Fenstad by phone or email. Her number is 612-719-4836. Her email address is This email address is being protected from spambots. You need JavaScript enabled to view it.. 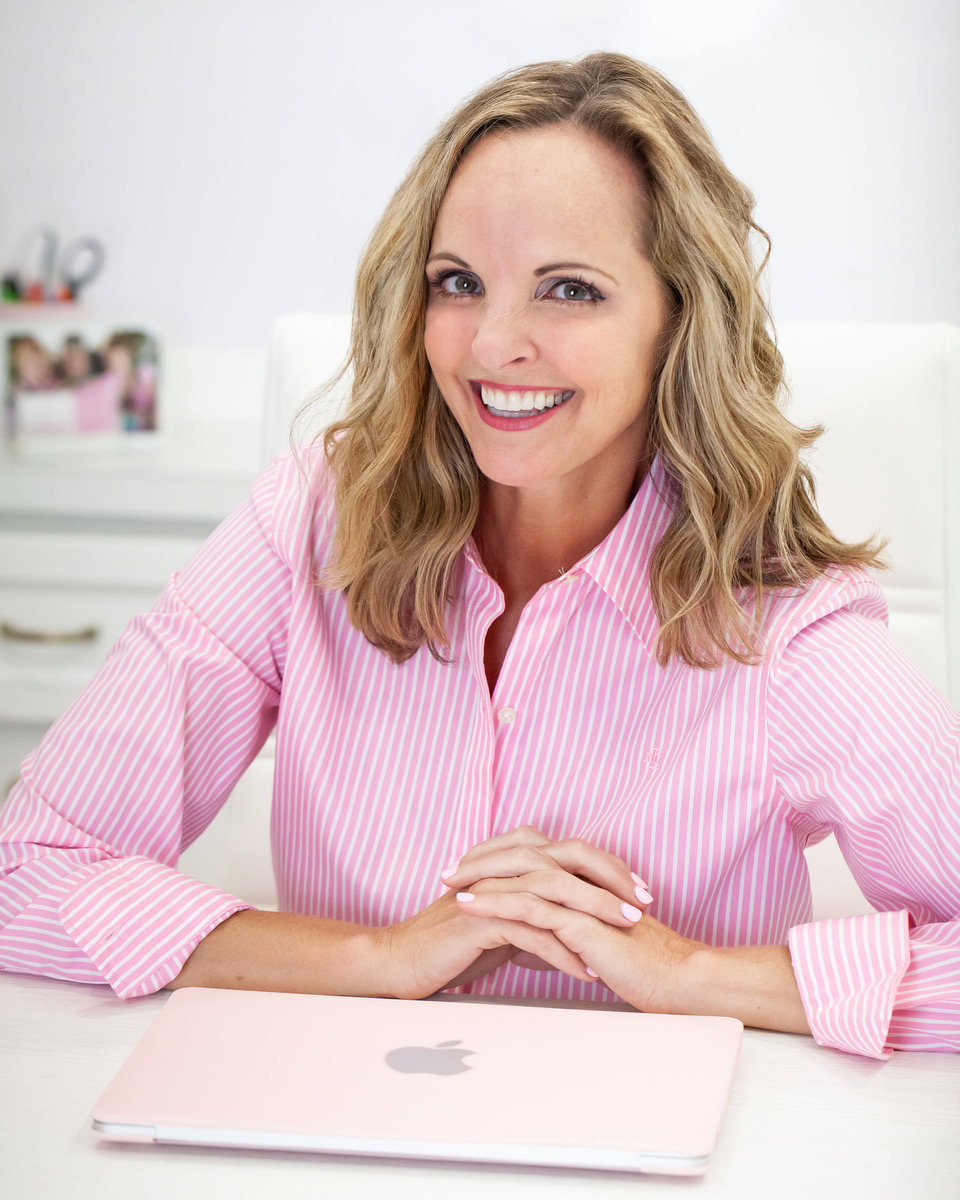 Nicole Fenstad of Plymouth, Minn., started up Princess Party Pals after a long and storied career in show business. She began singing, dancing and acting while in junior high, then spent her high school years honing her skills.

“I was in all the high school plays and musicals.  I took voice, dance and piano lessons.  I was excelling and living my best life.,” said Fenstad, who went on to earn her Bachelor’s of Arts in Theatre at Minnesota State University, Moorhead.

She then participated in the summer stock programs Straw Hat Players for three summers and Northern Lights Playhouse for one summer before making the decision to head to New York to audition for a role on Broadway. Because she didn’t have her Equity Card, she was turned away, and auditioned for a job as a dancer on a cruise ship instead.

Fenstad got the job with Royal Caribbean in 1994, and headed out to sea. After nearly a year, she headed to St. George, Utah to do a production of a brand new musical called Utah! It was about the settlement of the Mormons.

When the production wrapped up in Summer 1996, she landed a role in an operetta called HMS Pinafore. It was a 5 month national tour that started in January of 1997.  After it ended, she headed out to New York again, and worked a number of jobs, including transcribing scripts, shoe modeling, bartending, waiting tables and temping at an executive recruiting company called Russell Reynolds Associates.

She eventually landed a role in an international production of Grease, but it was after returning stateside and landing a role in a princess party business in Washington, D.C., that she found her calling. Though she didn’t know it yet.

Fenstad was hired to portray a myriad of characters for a children’s party business. “It was really something special. I got a bird’s eye view of what it was like to be a pseudo celebrity to a child and how fun and magical these parties were. Clearly it made an impact,” she said.

Fenstad tucked that memory away for the next eight years and continued to perform all over the U.S. and Europe. In January of 2005, a fire in her New York apartment pushed her to move again.

She headed back out to sea to perform, but not for long. In May 2005 she moved home to the Twin Cities and by the following summer had started up Princess Party Pals. By 2012, the business had grown so much, it became a full time venture.

“Looking back on my story, it’s fascinating to see how every step or perceived misstep along the way, has lead me to be exactly where I am MEANT to be today. Quite honestly, I could not have dreamed up a better career for myself. It’s one that incorporates my talents, skills, gifts, heart and passion. Some people have a job and also a calling. Some people never discover their calling. But if you’re one of the lucky ones, your job might also BE your calling,” said Fenstad.