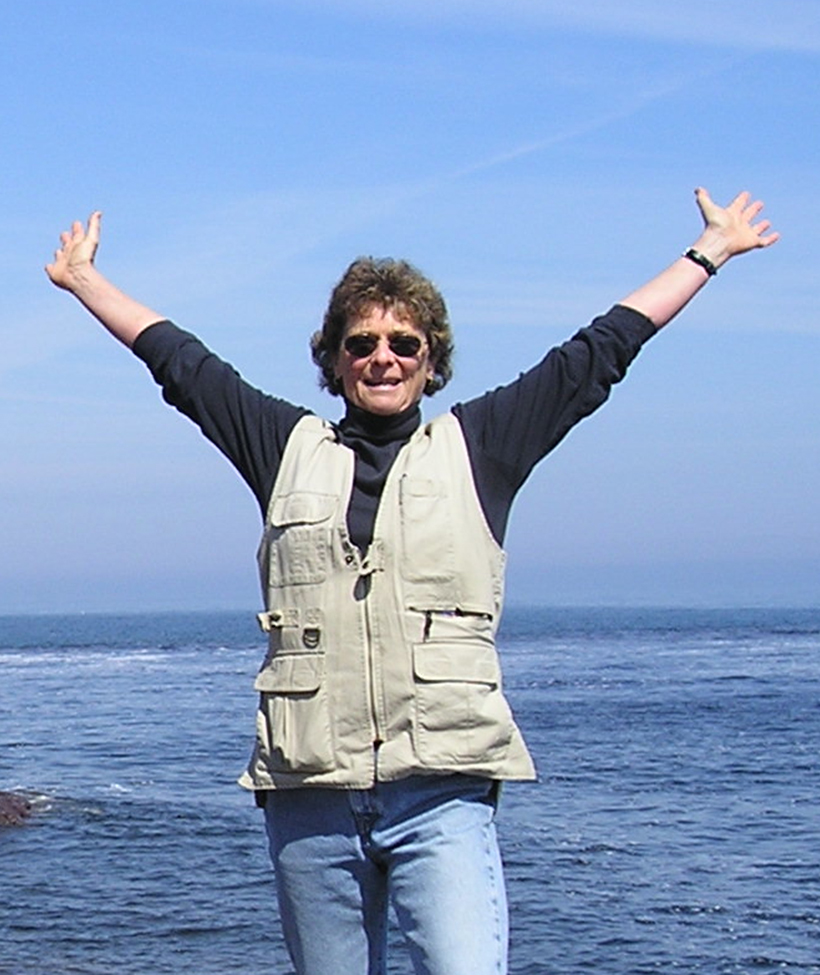 (St. Paul) – Linda Morganstein has always considered herself an entertainer. After all, her father taught her well.

“Dad was a maitre’d at Borscht Belt resorts in the Catskills when I was a kid. He’d be up on stage as the ringer in a comedian’s act and be funnier than the entertainer,” she remembers.

While the other kids in her neighborhood were being babysat by the teenager down the street, Morganstein’s favorite babysitter was Buddy Hackett’s girlfriend. She also remembers sitting on comedian Red Buttons’ lap.

Despite being around high profile stars throughout her childhood, she never wanted to act or do comedy. Rather, since the age of five she has been entertaining through the written word. “If I wasn’t in my room reading as a kid I was writing,” she says. “Through the years I have come to realize with every fiber of my being that I am a writer. I would be at a loss if I wasn’t writing.”

After graduating from high school, Morganstein attended two years of college at Vassar in New York, then moved to California where she eventually finished her Bachelor’s Degree. She majored in psychology, and eventually spent two years in a doctoral program in medical psychology, but she never worked with patients. Instead, she did research and wrote medical articles professionally, all while writing fiction on the side.

Eventually, her dedication to her craft paid off. In 2007, Spinsters Inc. accepted her book, Ordinary Furies, for publication. It is the first in a series of novels featuring self defense instructor Alexis Pope. In this story, a woman grieving the loss of her husband takes a job at an upscale resort where a staff member has just turned up dead. Alexis is convinced the woman who is accused of the crime is innocent and becomes a reluctant sleuth, putting her own life in danger as she works to solve the crime.

In 2009, Regal Crest Enterprises, LLC published Morganstein’s novel, My Life with Stella Kane. In this novel, which takes place in Hollywood in the late 1940s, Nina Weiss, a snobby college girl from Scarsdale, goes to Tinsel Town to work at her uncle's movie studio. Nina’s assignment is to help publicize a young actress named Stella Kane during the repressive fifties Hollywood. Adding to her difficulties is her growing attraction to Stella.

When a gay actor at the studio is threatened by tabloid exposure, Nina invents a romance between Stella and the actor. The trio becomes hopelessly entangled when the invented romance succeeds beyond anyone's dreams. This is the "behind-the scenes" story of the trio's compromises and secrets, a story that still has relevance for today.

In 2011, Regal Crest Enterprises, LLC published the second and third installments of the Alexis Pope mystery

series, as well as an e-edition of the first book, Ordinary Furies. Harpies’ Feast was inspired by an article in the New Yorker about suicides on The Golden Gate Bridge. On a Silver Platter was inspired by news reports of radical animal rights activists invading rabbit farms in Sonoma County, Calif.

“Because of my background—theater, movies, comedy, etc.—the entertainment world figures prominently in most of my projects,” says Morganstein.

In March 2015, Regal Crest Enterprises, LLC will publish Morganstein’s latest novel, Girls in Ice Houses, which is about a woman’s relationship with her estranged father, an iconic comedic star who fathered her during an affair with the girl’s mother. “This book is really fun. My main character is a female member of the paparazzi who comes to understand her own creativity and the nature of comedy after reconnecting with her father,” says Morganstein.

Also coming out in March, a work of creative nonfiction Morganstein intends to self publish. “Numinosity is unlike anything out there,” she says. “It’s basically my journey through life. I take readers back through my own personal history and reach into my parents’ history through a collection of poems, prose, collages, fake advertisements and photographs.”

Arranged to look more like a collection of magazines, though in book form, Numiosity begins with the story of how Morganstein’s parents met, then continues on with her childhood, teenage years and adulthood, with a special emphasis on her relationship with her father. “My father left my mother for the dining room hostess during my teen years, which I called ‘The betrayal years,’” says Morganstein.

In addition to telling the story off how life changed after her father left, Morganstein also explores his past, his life with his new family and her eventual reconciliation with him before he died.

Linda Morganstein and her partner, Melanie Jaeb, live in St. Paul, Minn. They have been together for more than 20 years, and were finally able to marry in Aug. 2013, after the State of Minnesota legalized gay marriage.