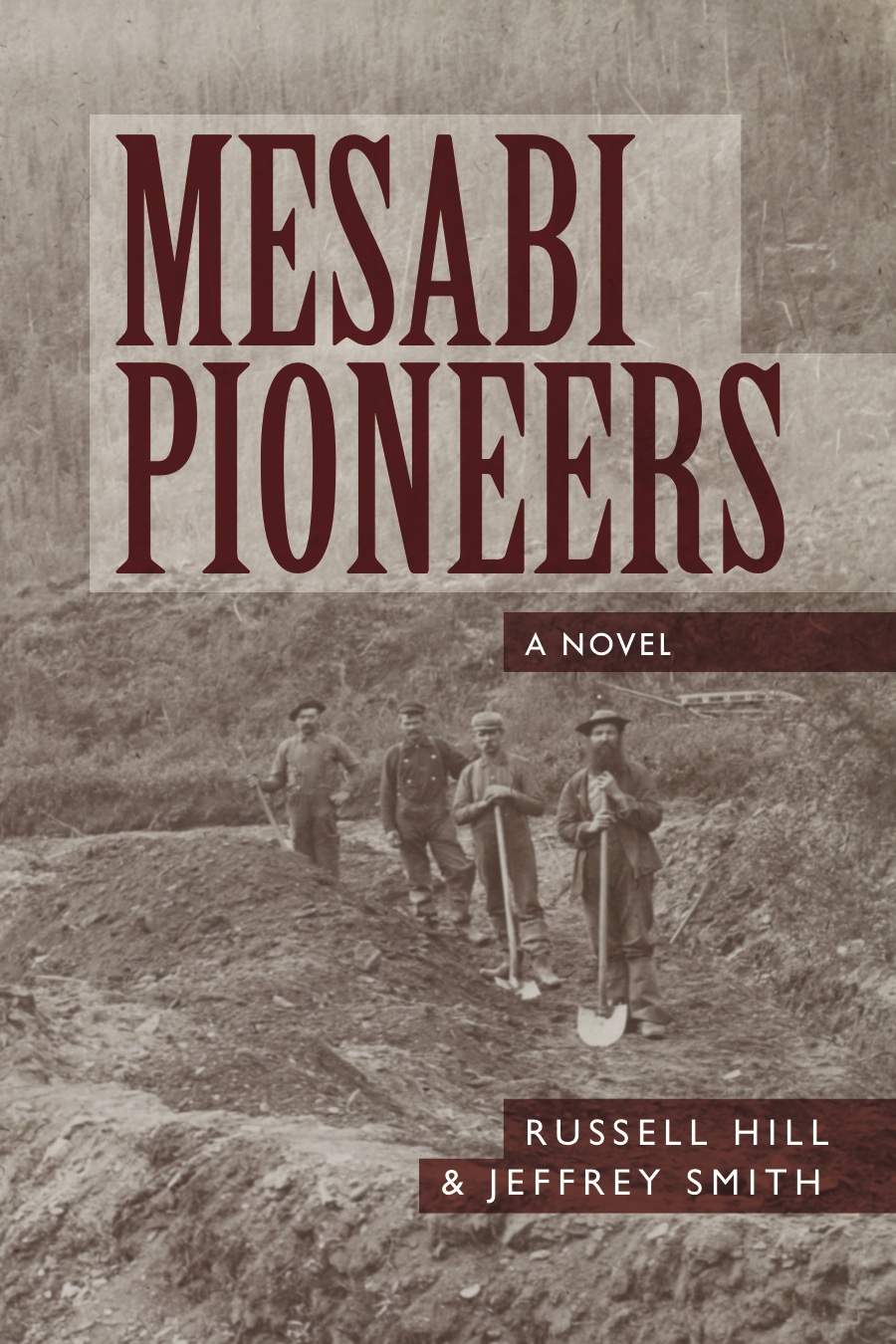 (The Iron Range, Minnesota) – An Eveleth Man’s dream of telling the story of the Mesabi Pioneers has come true thanks to a little help from his friends in Minnesota, and across the country. A Kickstarter campaign raised the money needed to publish Russell Hill’s historic novel about the men and women who built the Iron Range.

Hill passed away before seeing the historic novel he spent 40 years working on roll off the presses, but thanks to his daughter Cheryl Gordon’s dedication, Mesabi Pioneers (Lempi Publishing, Oct. 2014, $17.95), is now a reality.

Gordon and Jeffrey Smith, the author hired to finish the writing, will tour the State of Minnesota in October, talking about their book. Here is a list of their upcoming events.

Mesabi Pioneers is the story of Arthur Maki, a Finnish immigrant hired in 1891 by the ambitious Merritt brothers to help build a new mining venture in the dense pine woods of northern Minnesota. Leonidas and Alfred Merritt had discovered rich, marketable ore on what would become known as the Mesabi Range.

The story begins shortly after the discovery is made. When Arthur arrives on The Range, he faces one challenge after another, including conflict between members of the crew, the harshness of the environment, and an outside world that refuses to believe the ore on the Mesabi is worth anything at all. Despite the challenges, he perseveres.

Throughout the novel, readers are treated to an accurate accounting of the life of the pioneers who lived in Northern Minnesota in the late 1800s. "A lot has been written about the powerful men of those times, like John D. Rockefeller and Andrew Carnegie, but very little about the immigrants who came from all over Europe and Scandinavia to work in the mines."

Mesabi Pioneers is intended to be the first in a series of books about life on the Iron Range. The authors hope to get the second book finished by the end of 2015 or early 2016. Mesabi Pioneers is currently available for preorder at www.mesabiproject.com/store/mesabi- pioneers.

Dr. Russell Hill was born and raised on Minnesota's Iron Range. After graduating from Eveleth High School he joined the Navy, and during World War II he served in Naval Intelligence, receiving several prestigious medals for his service. After the War he received his Bachelor of Arts at St. Cloud State Teacher’s College and began a long and successful teaching career. Hill passed away peacefully in 2011, surrounded by his beloved family. He was 85-years-old.

After his passing, Hill’s daughter, Cheryl Gordon, spearheaded the effort to get her father’s book published as a tribute to his memory.

Jeffrey Smith, who finished the manuscript, has been writing for as long as he can remember. He earned a Bachelor of Arts in English from the University of Texas in 1995, and worked various jobs in both managerial and secretarial roles until 2010, when he became a full-time homemaker, stay-at-home parent and writer. In addition to writing and parenting, Smith is an accomplished distance runner, completing 16 marathons, seven 24-hour relay races, and half-a-dozen ultra-runs, including two 100-mile races. His short fiction has appeared in The Cynic Online Magazine, Every Day Fiction, Halfway Down the Stairs and in eFiction Magazine. He blogs about running, writing and parenting at www.rustlingreed.com/blog.

To request a review copy of Mesabi Pioneers, or arrange an interview with Jeffrey Smith and/or Cheryl Gordon, contact Rachel M. Anderson, Publicist, at 952-240-2513 or This email address is being protected from spambots. You need JavaScript enabled to view it..