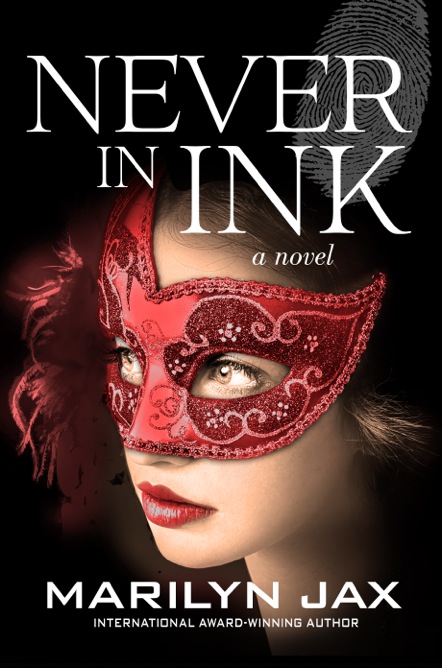 Never In Ink Has Now Been Recognized by Four Awards Programs

The 2015 International Book Awards is the latest national book awards program to single out Minnesota author Marilyn Jax’s Never in Ink. The book was named a finalist in the fiction: mystery/suspense category of the awards program.

Never in Ink is the riveting story of Anthony DiNetto, who has been under Miami-Dade County police surveillance for several months. Authorities fear he's about to unleash a sophisticated criminal scheme to rake in millions. The problem is, they don't know what it is.

Celebrated private investigators Claire Caswell and Gaston “Guy” Lombard are commissioned to unravel the mystery of DiNetto’s underhanded plan before it's too late. As they follow the suspect on a lightning-fast trip across Italy, Switzerland, and France, the sleuths are met with an unexpected accident and quickly learn that life-threatening peril lurks around every corner.

When a criminal will do anything to guard his secret, Caswell and Lombard take on their greatest challenge yet to discover the truth. Never in Ink holds the reader captive from start to finish in this tale of disguises, deception, and danger.

Never in Ink is the fourth novel in Jax’s mystery series featuring the same two private investigators. All of her mysteries are set in places where she has spent significant time.

All three books have won multiple national awards. Sapphire Trails alone has won eight awards, including first place in the mystery categories of the 2013 National Indie Excellence Awards, the 2013 International Book Awards, the USA Best Book Awards and the Beverly Hills Book Awards. Road to Omalos won the mystery/suspense category of the 2011 Benjamin Franklin Awards, and the fiction/thriller category of the 2011 International Book Awards. The Find was named a finalist for the 2008 National Indie Excellence Awards in the categories of best new fiction and best mystery/suspense thriller.

Never in Ink has already received a number of impressive reviews. US Review of Books said, “With mystery novels, nothing is ever as it seems, nor should it be—and Never in Ink has a never-ending well of surprises. Well-developed characters and a fast-paced, suspenseful plot will keep the reader itching for more."

Jon Land, best-selling author of The Tenth Circle, said, "Never in Ink is a clever, classy, and polished tale that adds glitz and glamour to the hardboiled private eye genre. Marilyn Jax offers the kind of strong plotting and colorful locales not seen in her more noirish contemporaries. She is every bit the equal of Sandra Brown and Nora Roberts, as well, serving up a steamy, red-hot tale with plenty of sizzle on the side."

And Jordana Green, host of The Jordana Green Show on WCCO Radio in Minneapolis said, “In Never in Ink, Jax gives the reader yet another can’t-put-down mystery. The storyline pits one man's desire to hide his secret against the private investigators' hunger to uncover it. This battle of wills will keep you reading through the night. Five-star read!”

Award-winning author Marilyn Jax spent close to 20 years as a senior government enforcement investigator for the State of Minnesota. During that time she investigated multitudes of cases, including acting as a lead investigator on one of the largest real estate fraud cases in Minnesota history. She is also a retired Certified Fraud Examiner (CFE).

Jax developed and teaches a Mystery Writers’ Workshop during which aspiring writers can learn the components of mystery writing. She has taught her workshop at libraries, Barnes & Noble bookstores and community education programs in Minnesota, and at the Books & Books in Grand Cayman. Jax says she enjoys sharing her experience with individuals interested in investigative work and/or writing and hopes to inspire people of all ages to follow their passions and dreams.

Jax lives in Minnesota and the Caribbean and spends time in Montana and Miami.

For review copies or to arrange an interview with author Marilyn Jax, contact Rachel M. Anderson, Publicist at 952-240-2513 or via e-mail: This email address is being protected from spambots. You need JavaScript enabled to view it.. For more information visit www.MarilynJax.com.